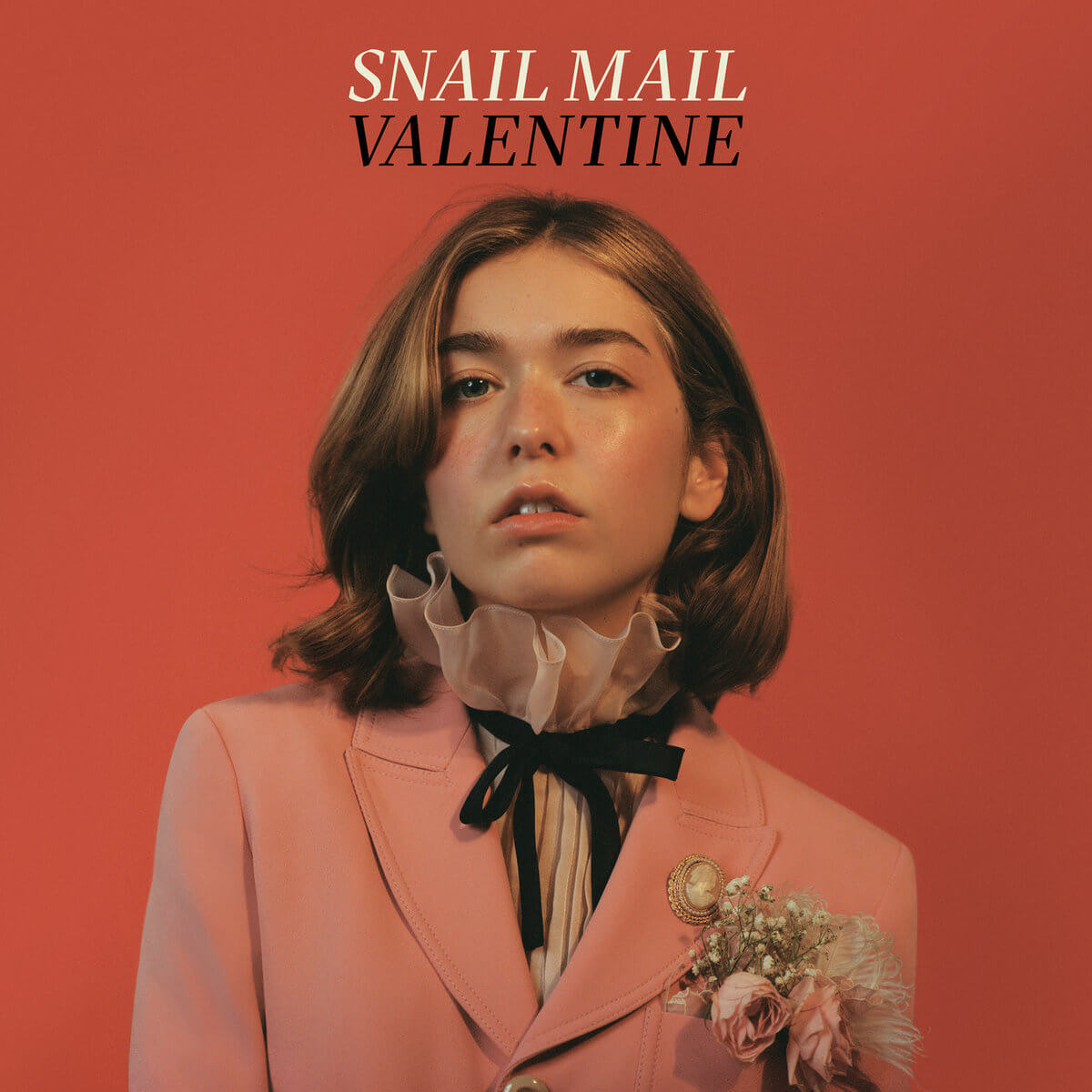 You know how we and other esteemed labels sometimes refer to an upcoming album as "highly anticipated"? I'm gonna let you in on a little secret -- sometimes they're only mildly anticipated. The only people highly anticipating are the band members, their parents and maybe their creditors. This is a little something we like to call SHOW BUSINESS HYPERBOLE. In this instance, however, we can with great authority pronounce today's official release of the 2nd Snail Mail album, 'Valentine' as highly anticipated. A profusely thank you to everyone who has nagged us to death about it. 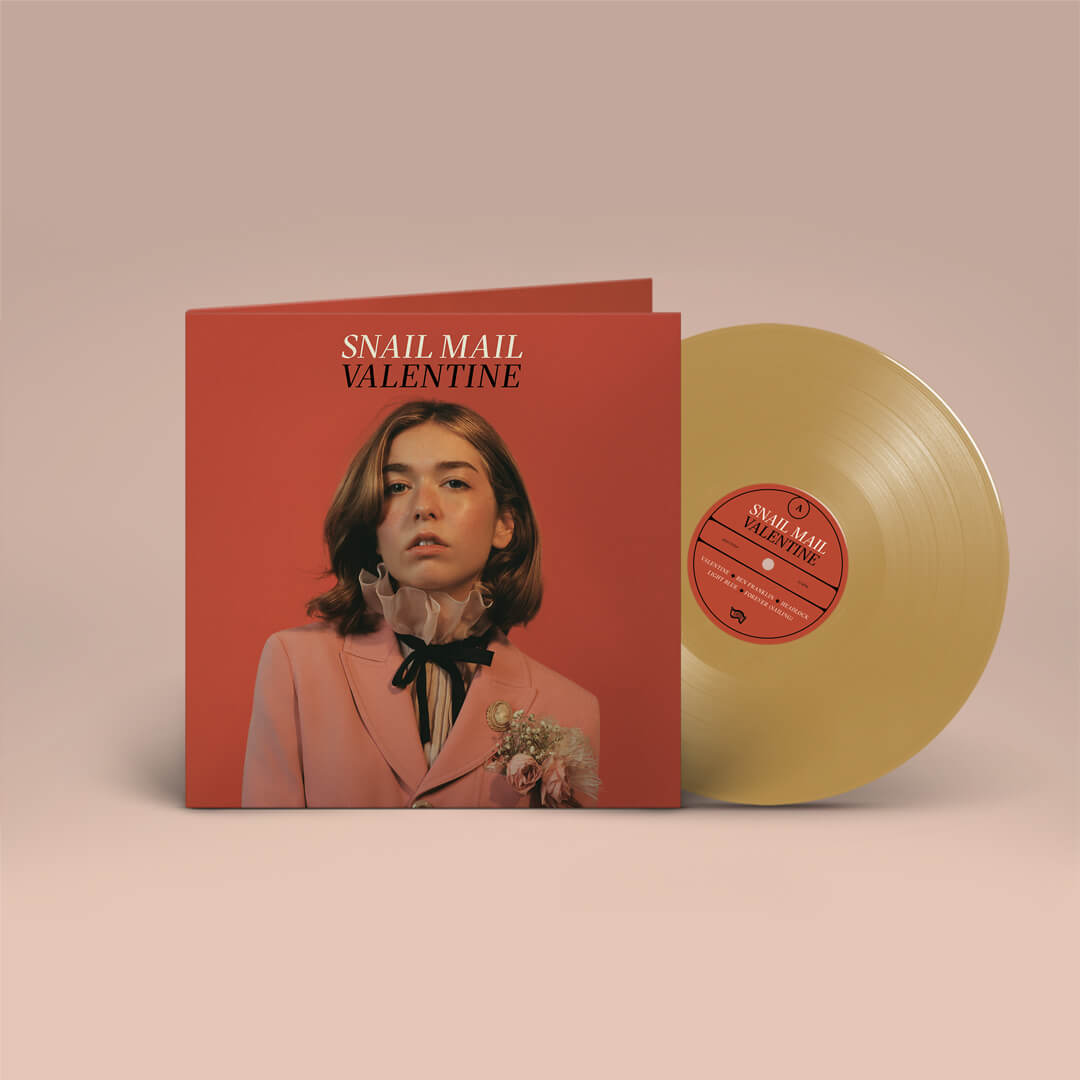 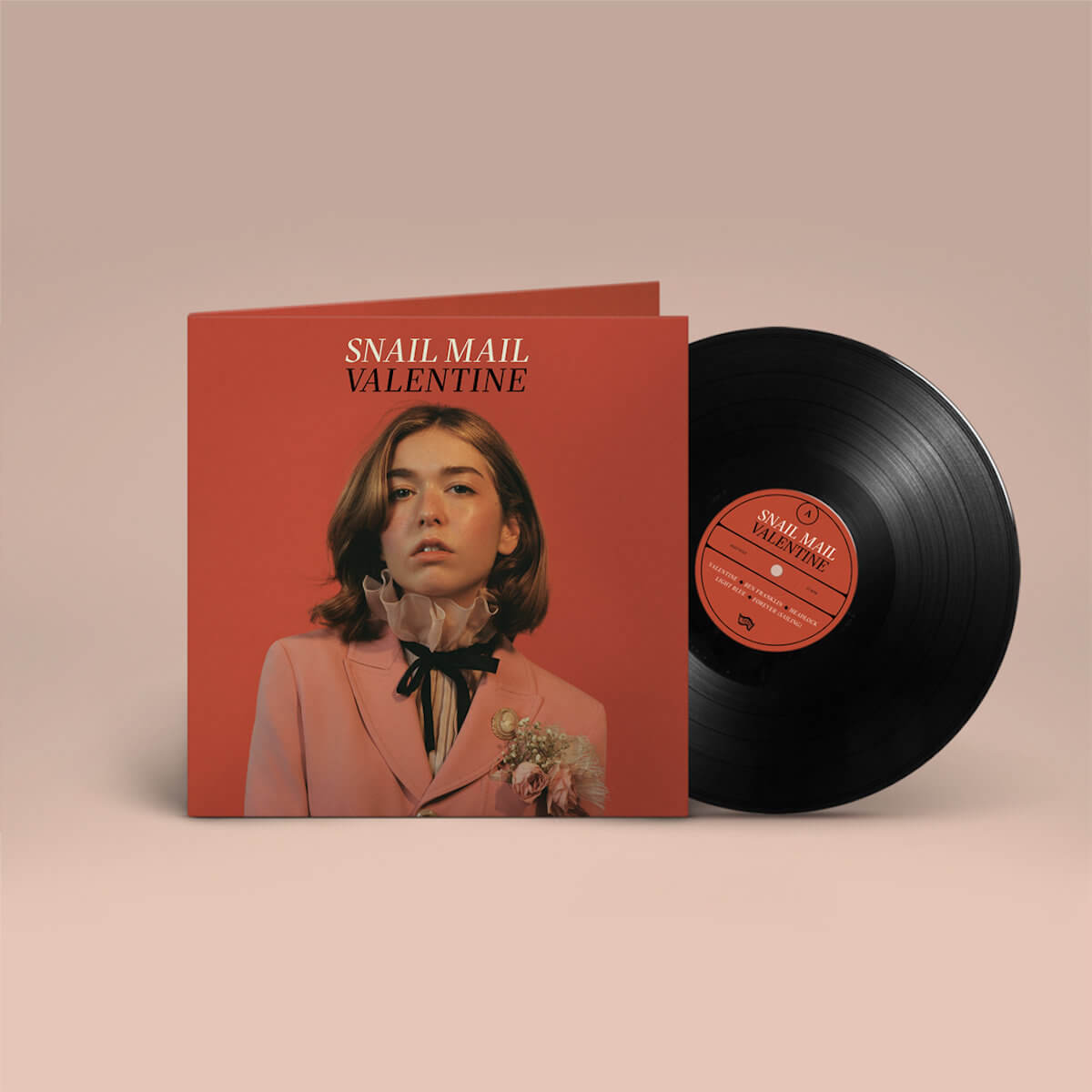 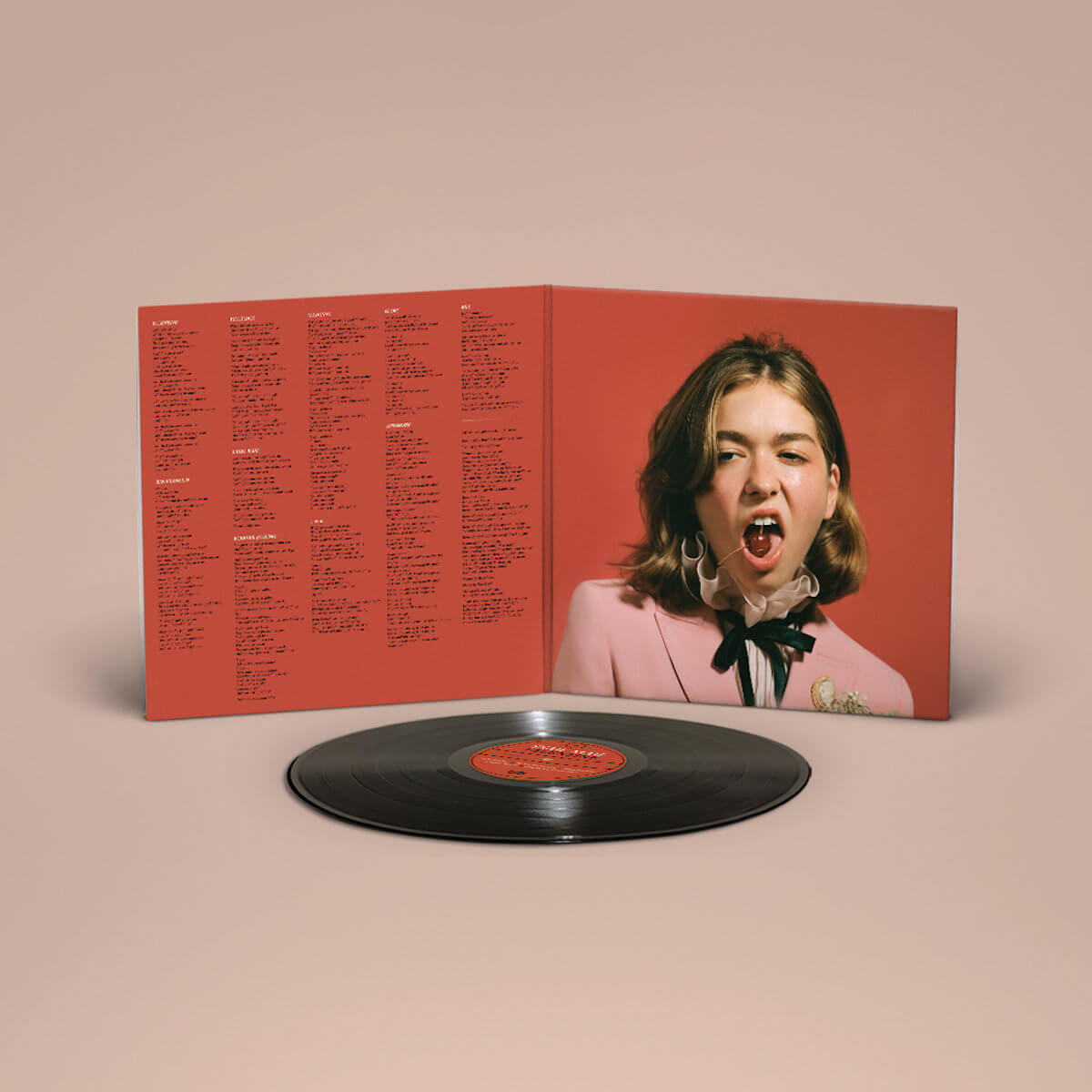 Tonight you can catch Snail Mail on an 11:35pm (10:35 central) telecast of the Columbia Broadcasting System's "The Late Show With Stephen Colbert". Elsewhere, we have described this as Snail Mail's late night television debut, an unfortunate diss to Carson Daly which was entirely inadvertent on our part. This is not the first time we've had to apologize to a former late night television host while in the process of promoting an appearance on a contemporary program (we were never able to bury the hatchet with Tom Snyder, for instance), and it's too late to say we don't want this to become a habit because we here we are. Anyhow, tune in tonight, it's gonna be great.

At 2pm eastern today, WPLN News' Paige Pfleger will be joined by Snail Mail's Lindsey Jordan and Mac DeMarco in a live conversation about 'Valentine' (see above)

Lucy Dacus will be performing on tonight's episode of ABC's "Jimmy Kimmel Live", airing at 11:3pm eastern and 10:35 central.

Spoon - "The Way We Get By", featured on "Shameless" Series FInale, 'Kill The Moonlight', 25% Off Sale

To celebrate the exceedingly prominent placement of Spoon’s “The Way We Get By” (as rendered by the show’s cast) in last night’s series finale of Showime’s ‘Shameless’, ‘Kill The Moonlight’ is on sale for 25% off the LP and CD versions now thru Friday the 17th.

"The Way We Get By", directed by Steve Hanft Julien Baker has confirmed tour dates in both North America and Europe. with thehe first leg commencing in Birmingham, AL on September 3. The European tour starts on April 15, 2022 in Utrecht.  Tickets are on sale Friday, April 9 and will be available www.julienbaker.com. On Monday night (March 1), Julien Baker and band performed "Hardline" on NBC's "Late Night With Seth Meyers". The studio version of "Hardline" can be found on the new album, 'Little Oblivions', out now and available everywhere. Julien Baker will release her third studio album, Little Oblivions, on February 26. Last night she performed the first single from the album, “Faith Healer,” on The Late Show With Stephen Colbert. Captured in Nashville, it features Baker backed by a full band and represents the expanded sound that can be heard on the forthcoming album.

VIDEO : Kurt Vile - "Speed of the Sound of Loneliness" (From "Late Night WIth Seth Meyers")

Thanksgiving Evening, Kurt Vile returned to NBC's "Late Night With Seth Meyers" to perform John Prine’s, “Speed and the Sound of Loneliness.” Vile traveled to the studio last week to play the song – the opening track of his recent 'Speed, Sound, Lonely KV (ep)' – solo on acoustic guitar on the show, which featured Meyers’ family as guests. See the performance above.

Perfume Genius - "On The Floor", "Jason" from "The Tonight Show With Jimmy Fallon"

Last night, Perfume Genius performed the single “On The Floor,” from the recently release 'Set My Heart On Fire Immediately,' for NBC's "The Tonight Show With Jimmy Fallon". The performance was shot at Los Angeles' The Lodge Room. In addition to the televised performance, Hadreas also shared an online-only performance of his ballad “Jason,” a stunning and relatable retelling of a fictional one night stand. Hadreas was backed by a band of notable performers including his long time collaborator Alan Wyffels and Hand Habits’ Meg Duffy.

VIDEO : Algiers - "Dispossession" (From "The Late Show WIth Stephen Colbert")

This past Friday night, Algiers made their US network television debut on CBS' "The Late Show With Stephen Colbert", performing "Dispossession" from their recently-released, 'There Is No Year'. Algiers' UK/EU tour kicks off tonight in Brighton.

Tonight : Algiers On CBS' "The Late Show With Stephen Colbert" Tune in tomorrow, Saturday January 4 or set your DVRs for the premiere of Lucy Dacus’s hourlong debut episode of Austin City Limits with Sharon Van Etten at 8 pm CT/9pm ET on PBS. Check local PBS listings for times here  The episode will be available to stream online beginning Sunday, January 5 @ 10am ET.

Lucy Dacus makes her Austin City Limits TV debut on PBS on January 4, 2020 with a Moody Theater concert taped this past July. Viewers can catch the episode (also featuring Sharon Van Etten) airing weekly on PBS stations nationwide (check local listings for times) and full episodes are made available online for a limited time at immediately following the initial broadcast.

This past Saturday, PBS' "News Hour" ran a feature on Spoon with interview and performance footage culled from the band's most recent stop in Austin this past June, including a visit to Austin's Girls Rock Camp.

stream / download "Shake It Off"
stream/order 'Everything Hits At Once : The Best Of Spoon' 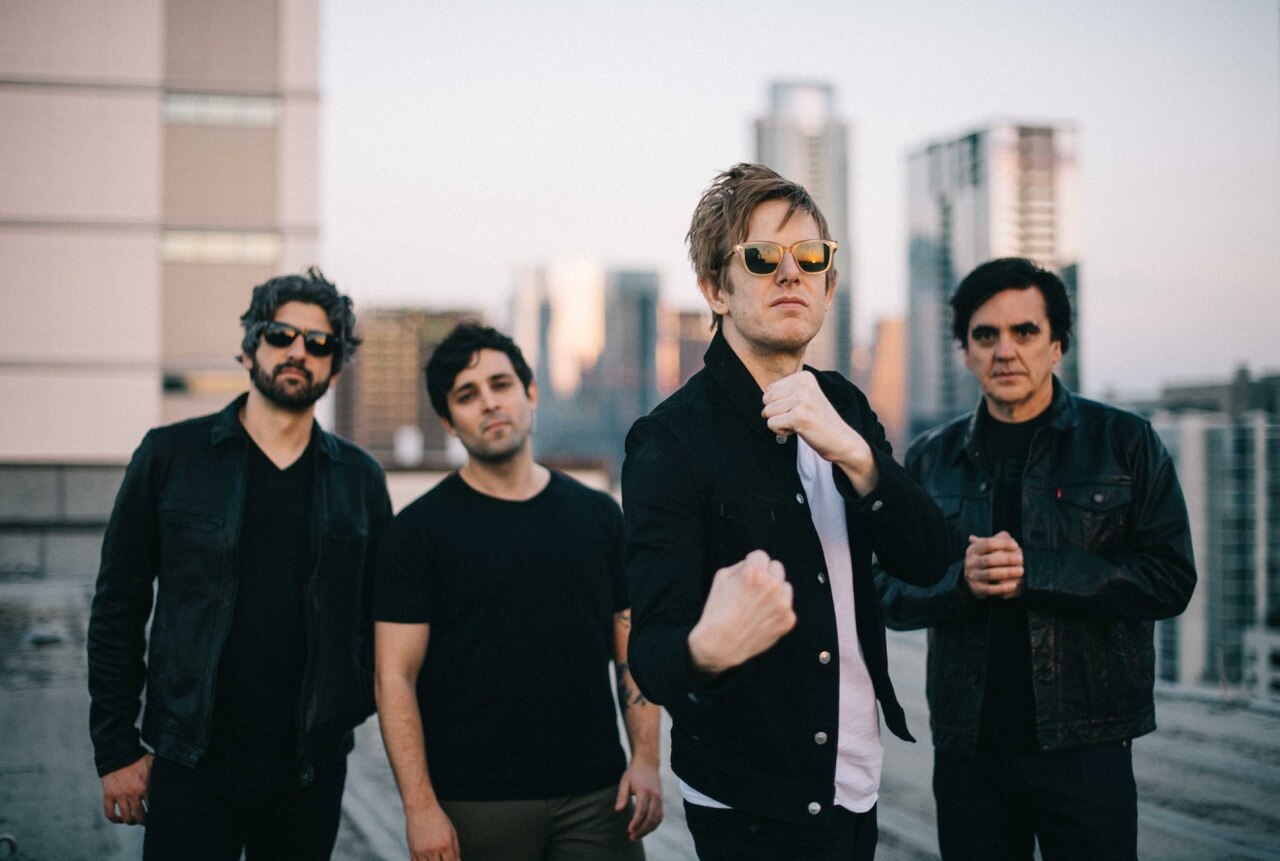 Tonight, (Thursday, July 18) watch Spoon performing six classics from 'Everything Hits At Once: The Best Of Spoon', live from the "Jimmy Kimmel Live!" studio in Hollywood at 11:10pm eastern time.

Stick around or set your DVRs for Spoon’s performance of the new single, “No Bullets Spent” on "Jimmy Kimmel Live!" on ABC at 11:35pm EST 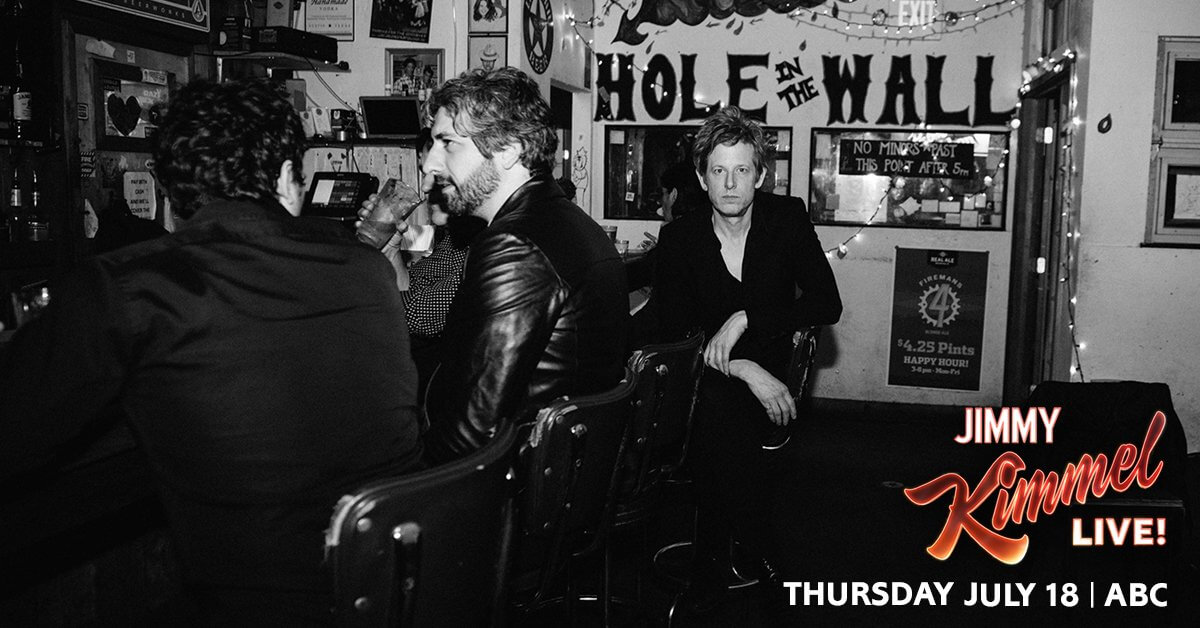 (Spoon - "Jimmy Kimmel Live!" webcast)
(stream / download "No Bullets Spent")
(preorder 'Everything Hits At Once : The Best Of Spoon')