As if he wasn't busy enough of late with a terrific run of solo shows (included a bunch during South By Southwest's music and interactive festivals earlier month) and composing the music for Julie Klausner's "How Was Your Week" podcasts, Ted Leo recently extended his arsenal of talents to include interviewing the great and near-greats of the rock scene as part of the Independent Film Channel's coverage of SXSW.   Some of the interviews in questions are linked below, and while I'm very impressed with Ted's work --- and I say this with all due respect --- it feels to me like he learned no lessons whatsoever from this footage of the late Tom Snyder I suggested he watch.  What the fuck, I am just shouting into the ether over here?

Along with Ted's chat with Liz Phair (above), here are links to discussions with the following :

There's more where that came from over at IFC.com

More from sturdy PM Todd Netter on the SXSW action. Here he reports on hard-working Brightonians Esben and the Witch, who in addition to playing NINE shows are doing tons of interviews, playing to adoring audiences and facing off hostile hip hop fans at the FADER Fort. 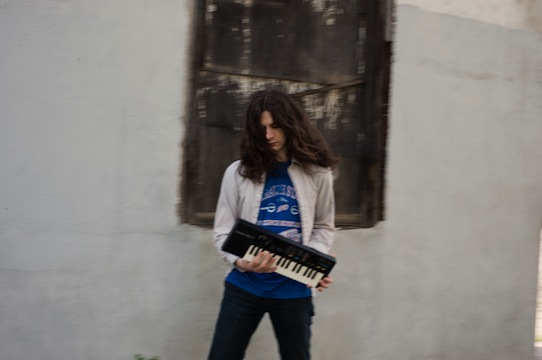 If, like most good folk, you keep up with the whats and whys of America's favorite freeform radio station, WFMU, or if, like most of the music industry, you are in Austin for SXSW, you may have come across the glaring "Special Guest TBA" in the midnight slot of tonight's WFMU's SXSW showcase at Barbarella (611 Red River, right in the heart of the fabled 6th Street red light district). Meme-conscious readers may have noted the day of the showcase and assumed that the ever-resourceful WFMU had snared the first-ever live performance by tween sensation Rebecca Black, but if I do say so myself the actual truth is even better: tonight's Special Guest at the WFMU showcase is Philadelphia's own Kurt Vile, whose new album Smoke Ring For My Halo is still just as crazily good as we've been saying for a while now.

If you happen to be stuck in some cultural backwater that doesn't even have its very own Stevie Ray Vaughan statue, fear not, because WFMU will be broadcasting the entire showcase, starting at 9:00PM EST/8:00PM CST, at 91.1FM and online at wfmu.org. Those of you who are familiar with time zones will be aware that that means Kurt is on at 1:00AM EST, which is technically Saturday, which kind of screws up the Rebecca Black reference from earlier in this post. What can I say.

Esben and the Witch at SXSW...and writing about it!

We couldn't be happier to have Esben and the Witch in Austin for SXSW. If you haven't seen them perform before then the following parties, showcases, etc are your chance.  For those not attending SXSW the band will be keeping track of their daily experience via WFUV's "The Alternate Side" blog.  Click here to read their first entry and follow along throughout the week.  Admittedly it sounds like there off to a tough start in Texas but you know what they say, what doesn't kill you at SXSW might just create some industry "buzz", and well that should ultimately do you in.

Esben and the Witch : 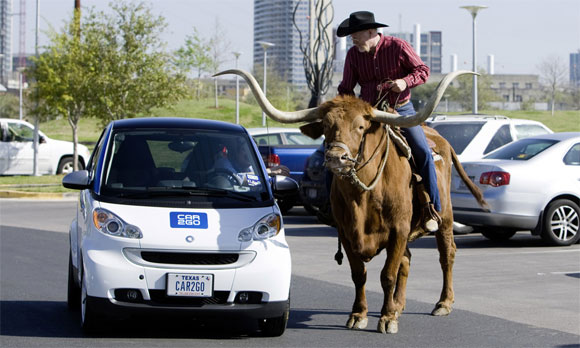 (scenes from SXSW 2005 : Matador co-owner, Austin resident for all of 15 minutes politely instructs a motorist to "go the fuck back where you came from" before recognizing his dog's veterinarian)

It's that time of year, when the fair of city of Austin is besieged by thousands of aspiring musicians, label creeps, bloggers, tech pimps, cinema parasites and self-styled marketing reptiles, all of 'em urinating in my front garden on their way to and from some dubious "showcase" or launch party designed to appeal to their MOST CRAVEN INSTINCTS. I watch all of this from my front porch, my air rifle sitting atop a cooler of Guyaki Yerba Matte, wondering exactly how much jail time I'd serve for shooting the bluetooth earpiece off the skull of a gentleman trying to negotiate a contract at the foot of my driveway.

At which point, I'm reminded that he's actually a guest in my home and our conference call that I've been ignoring is already 10 minutes old. Where are my manners?  Sure, Austin's chock-a-block with SCHMUCKS ON THE MAKE this week, but who am I to point an accusatory finger at these lovely visitors when they provide this label with such a fabulous opportunity to hawk our wares?  The following Matador artists are playing (too many times) in Austin this week.  Shows marked * will require an SXSW badge or wristband for priority entry ; happily, such gigs are in the overwhelming minority compared to the open-to-the- public events listed below.  I look forward to seeing you around town this week, and thank you again for keeping Austin, TX's property values well above the national average.

Esben and the Witch :

So Crazy Eddie's opened it's doors 40 years ago (1971 for the math impaired) in Brooklyn, New York. Today, and TODAY ONLY, Amazon MP3 and Ted Leo are offering up his critically lauded and commonly embraced, album from last year, The Brutalist Bricks, for just $3.99.  Yes you read that right, $3.99.  Coincidence?  Probably (thanks Wikipedia), but that really misses the point...YOU'D BE CRAZY NOT TO TAKE ADVANTAGE OF THIS.  Visit Amazon today for a great deal!

Also for all you West Coasters, remember that Ted's one man show is headed your way this week.  For other parts of the country he'll see you in April + May.

And we're also pleased to announce that Ted will be performing at SXSW, solo style, as well:

Today you'll find Esben and the Witch occupying Drowned In Sound in one of the more peaceful takeovers currently taking place.  The band are all over the website with essays discussing a range of influences, from the location of the photo shoot for the Violet Cries artwork, to the power of lyrics and creative writing, memories of their favourite film scores and their personal discovery of the great Scott Walker.

The band started their UK tour last night in Bristol to a sell-out crowd and tonight they play their hometown show in Brighton, before continuing around the UK and Europe, then crossing the pond for shows around the US and Canada, including a stop at SXSW in March.

Violet Cries was released yesterday in the UK and Europe and is available as of Feb 8th everywhere else. If you're still waiting for its release you can still get yourself the album on pre-order for just $10 over at the Matador store or check a preview of the album at the bands website.