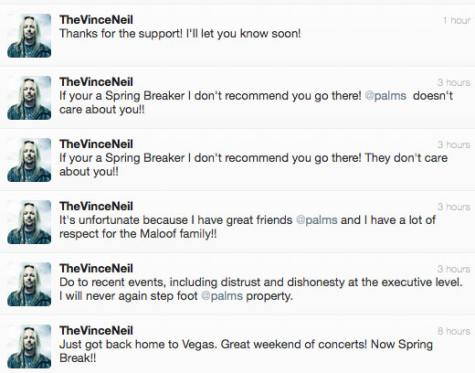 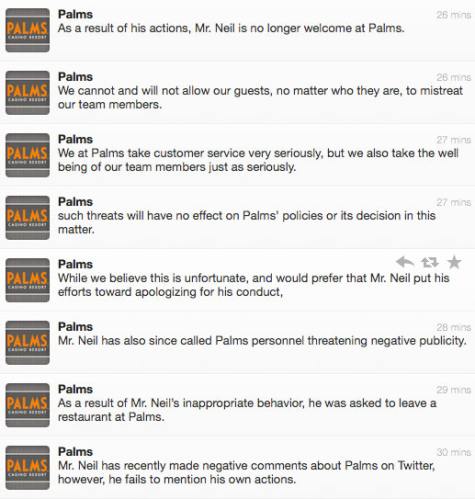 (images culled from our close friends at Blabbermouth.net)

Spring breakers (?) and casino resort patrons alike are no doubt saddened by the recent falling out between Vince Neil and The Palms.  As some of you may know, Matador has conducted business with the latter on one notable occasion, and we can vouch for the establishment's very high standards (the sole exception being an unfortunate Vince Neil sighting by the pool).

All of that said, it would be a very sad day for Las Vegas if colorful characters like Vince Neil found themselves ostracized, simply because they occasionally throw a shit-fit in public (and proceed to tweet about it leaving out all of the relevant details).

Pitchfork.tv coverage of Matador at 21 continues! Pitchfork's been chronicling a sneak peek into the experience that was Matador at 21: The Lost Weekend. Check out some behind-the-scenes action by heading over to Pitchfork TV where they're rolling out documentary footage from "The Lost Weekend" as we speak. Right now you can watch Chris Lombardi and Fucked Up's Damian Abraham take you on a tour of the concert grounds (from the Pearl Ballroom to the Hardwood Suite) , Girls' Christopher Owens performing new tracks in a bathtub, Fucked Up and Ted Leo & The Pharmacists engaging in a legendary battle of the bands, and most recently:

Damian on The Old Strip:


Times New Viking - "Natural Resources, I Love Mine" (at the Palms Ballroom):


The Clean - "Anything Could Happen" (at the Palms Ballroom):


Keep up with Pitchfork for Matador at 21 videos.

God knows there's a bunch of fun stuff going on during the annual College Music Journal Music Marathon, but we want to make sure everyone's aware that we, along with the other Beggars Group labels -- True Panther, 4AD, Rough Trade, XL and Young Turks -- AND our buddies at Sub Pop, are going to be throwing a bit of a rager this Thursday, October 21, from 10pm to 4am. All the info is above on the flyer, and below for those of you on dial-up connections.

Free t-shirts from the lovely folks at I Buy Music

Delorean now on thinkindie and L.A. this weekend

Happy (almost) record store day! You can now get Delorean's Subiza a few precious days early over at Thinkindie.com

Click HERE to pick it up.
You can also still order it from the Matador store HERE.

If you're in L.A. Saturday there are still a few tickets left for a special show w/Delorean, J.J. and Bachelorette at the Echoplex. You can get a ticket HERE.

Have a great weekend!

The kid-tested, Big Bear-approved Beggars Group CMJ Party (not to be confused with the Matador/True Panther jam happening the following night) goes down Thursday, October 22 at Bowery Electric (327 Bowery) from 11pm to the wee hours of the morning, and will feature, among other things, a DJ set by the one and only Gerard Cosloy. RSVP does NOT guarantee entry so please, for the love of God, get there early so we can rage together.

Free admission if you RSVP to myopenbar.com ($5 after 10).  Because we love bears almost as much as we love CMJ.

Fucked Up Weekend 2009 in Toronto

Hot off the recent Polaris win Fucked Up bring you Fucked Up Weekend 2009.

Advance tickets available at Hits and Misses, Soundscapes, and Rotate This.
Outside of Toronto contact [email protected] for ticket orders.

I am playing a free, acoustic-ish, set tonight, March 5 at The Delancey in the LES of Manhattan.

Here are the details: 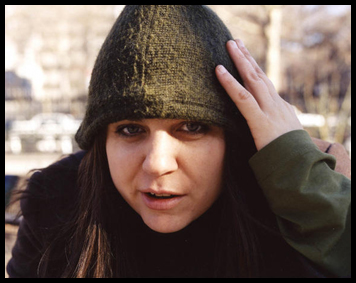 Find below, your guide to the official and unofficial CMJ Marathon showcases featuring a trio of Matador acts: Shearwater, Jay Reatard and Mission of Burma.

With quite the live-act triumvirate and manning of the 1's and 2's by Billy Hayes and Times New Viking at the Beggars/Matador After Party, this'll be a week to remember.

We'll see you out! Who amongst us hasn't read the listening piles of Matador Direct's Dave Martin (above, right) and thought, "I wish there was an Other Music party he was dj'ing?"

Well, your dreams and mine have come true. Dave will be spinning tonight from 9-10pm at Union Pool ( 484 Union Ave, Williamsburg, 11211) at an event that will also feature the dj skills of Excepter's Dan Houghland and a live performance from El Guincho.

There's no word on a dress code, but as always, I think you can presume that Union Pool adhere to a "no shirt, no shoes, no problem" policy.