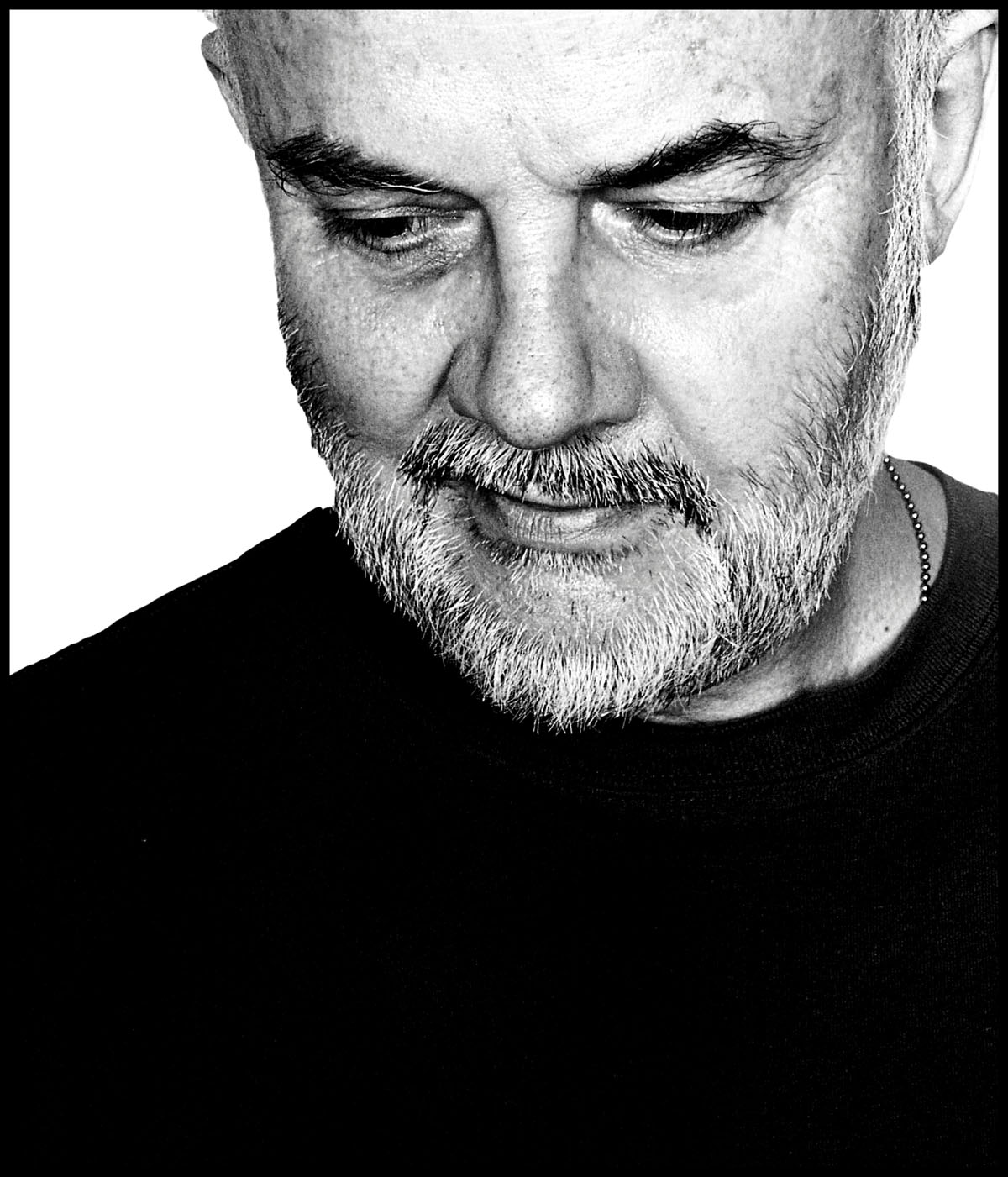 Today marks 10 years since the passing of John Peel, a man who opened the BBC radio airwaves for bands and artists outside the remit of the stations "regular" programming and opened the minds of thousands listening at home to sounds they otherwise may have never heard. One of the original BBC Radio 1 DJs, throughout his 5-decade spanning career he never showed no signs of slowing down and his influence on (the good part) of modern music is immeasurable.

As a small tribute to the many Matador bands who recorded a Peel Session over the years, we've compiled a selection of some of the session that made it on to YouTube, (many - including The Fall, Wisdom Of Harry and Pretty Girls Make Graves - haven't) and there's a full archive of all the Peel sessions over at the BBC Website: http://www.bbc.co.uk/radio1/johnpeel/sessions/.

REVISED SCHEDULE : Matador At 21 : The Lost Weekend In Las Vegas, The Palms First off, if these changes have left anyone disappointed or inconvenienced, we're truly sorry.  I've been watching videos of the guys in the BP commercials all week trying to strike the right tone for this post, and wouldn't you know it, MY VIDEO CAMERA IS BROKEN.   Bullet dodged.

On the bright side, hey, DEAD MEADOW are playing.    The opening VIP gala is still happening at 4pm Friday in the Hardwood Suite with dj sets by Ted Leo and myself.  Same room becomes a VIP lounge Friday and Saturday nights, plus late night dj action on Friday (James McNew, Dean Bein) and Saturday (Dave Martin, Robby Morris).  Here's the live entertainment schedule of events.  Much like real life, everything is subject to change.

KARAOKE UNDERGROUND AT LITTLE BUDDHA:
STARTS AT 1:30am

This event is sponsored by MySpace Music, Altamont, Incase, Sailor Jerry and Yowie. 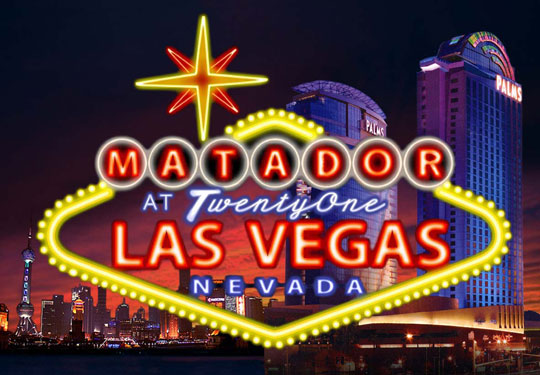 First of all, we know you've been waiting patiently for the information below, and we sincerely apologize for the length of time it took to get it together. But if wanting to put together an even sicker bill than previously announced is a crime, PLEASE LOCK US UP.

1) 50 additional pairs of tickets priced at $250.00 per person  (not including taxes and fees) will be available via a public lottery sometime next week.  We'll announce the details here and on the 21 site beforehand.

2) Details regarding a limited number of room upgrades will be available at that time.

3) We regret to announce that at present, our supply of VIP tickets has been exhausted.  If that situation changes, we'll let you know.

4) As rumored in a bunch of places (including this very blog), we're very happy to confirm the following additions to The Lost Weekend Bill ;  Liz Phair, Times New Viking, Esben and the Witch, Perfume Genius, The Clean, MC's Jeff Jensen, Bob Nastanovich, Tom Scharpling & Jon Wurster, and a late Friday evening presentation by Austin's Karaoke Underground. The rough schedule can be found below, and is very much subject to change :

2am : Esben and the Witch, Harlem,  Key West Ballroom (open to all ticketholders, space permitting)

Matador at 21: The Lost Weekend takes place at the Palms Resort and Casino in Las Vegas from October 1-3, 2010. This event is sponsored by MySpace Music, Altamont and Incase.

"The Lost Weekend" - Matador 21 In Las Vegas, Tickets On Sale This Friday, July 9 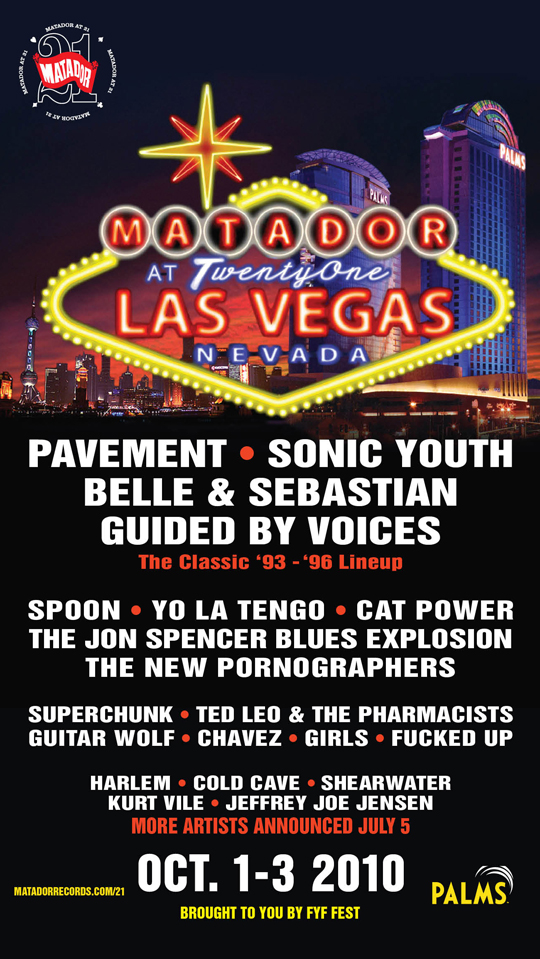 Tickets for "The Lost Weekend" aka Matador's 21st birthday celebrations at The Palms will go on sale this Friday morning at 9am, PST. Here's the details you've been hassling all of us about over the last week (and don't think we don't appreciate it)

a) Tickets/Pricing : An initial quantity will be on sale Friday for $SOLD. .After the $SOLD tickets sell out, the price increases to $SOLD.  A Ticketfly.com link will be posted on this site on Thursday, July 8th.  Starting Friday, you'll have the opportunity to reserve standard rooms at the Palms for the discounted rate of $SOLD per night (the full 3 nights of the festival, only). The rooms feature two double bed and occupancy of up to 4 persons is allowed. The above rate is only available when purchasing tickets thru us. If you are interested in upgrading to a larger room or a suite you will be able to do so after purchasing the standard room. TICKETS FOR THE 3 NIGHTS  + ROOMS are being sold jointly --- we're not selling tickets to the shows separately at this time, nor are we selling tickets for individual nights.

(ADDENDUM -i) A limited number of 3-day tickets priced at  $SOLD---with no Palms reservation required --- will be available Friday morning at 9am PST  via Ticketfly.com

ii)  if, for example, you're buying 4 tickets to the shows, the $SOLD per night hotel fee can cover up to 4 people.  $SOLD over 3 nights divided by 4 is hopefully not an crazy amount to charge for rooms in a world class resort).

B) VIP tickets. A limited number of VIP packages will be available at $SOLD --- details about what you'll get for the $SOLD are forthcoming. You'll have the ability to upgrade from the regular tickets, assuming the VIP tickets aren't sold out.

C) Venue. The room in question is the 2100 seat Pearl at the Palms.

D) MORE BANDS. OK, we're working on it. But in addition to the 19 artists confirmed on the above poster, we can confirm the original lineup of COME --- Thalia Zedek, Chris Brokaw, Sean O'Brien and Arthur Johnson --- will be participating. Actually, we already know who some of the other bands are, we're just trying to drag this out.    MORE MATABLOG CONTENT between now and October!

E) Set times -  we'll post these the week before the event.

F) These shows are open to all ages.  However, access to the casino floor is limited to those 21 and over.

F) WHAT ABOUT LAS VEGAS HUMANS?  Las Vegas' Zia Records is selling 50 tickets to "The Lost Weekend" starting Friday, July 9.  You'll need a Nevada I.D.  Reservations at the Palms are not required to purchase these tickets.

Tickets will go onsale at both stores at 10:00am on Friday, July 9th via lottery. By overwhelming demand by Nevada Residents we will be increasing the amount of tickets available (50 X 2 = 100) . There is a two ticket limit. Nevada state ID required for purchase. Any questions please email [email protected]

As mentioned previously in this space, Matador will be celebrating the label's 21st anniversary this October and this much we can finally confirm : there will be 3 nights of shows starting Friday October 1, and concluding Sunday October 3 at the Palms Casino & Resort In Las Vegas, NV. We'll be dropping further hints about the amazing lineup in the days ahead, but a final announcement and information about how to purchase tickets will be made here at the trusty Matablog on July 5. Are you as psyched as we are?  (hopefully yes, because we're getting in for free).

(ADDENDUM - there's been a bit of confusion so just to clear things up, tickets DO NOT GO ON SALE JULY 5.  We'll merely be announcing the on sale date/time on July 5.  thanks - GC)

File this under "totally fascinating blasts from the past". Gerard is that a category?

Jon Spencer talks to Ian Svenonius (I figured they'd be nemeses for the similar territory they mined during my youth) on VBS. Seriously interesting stuff: