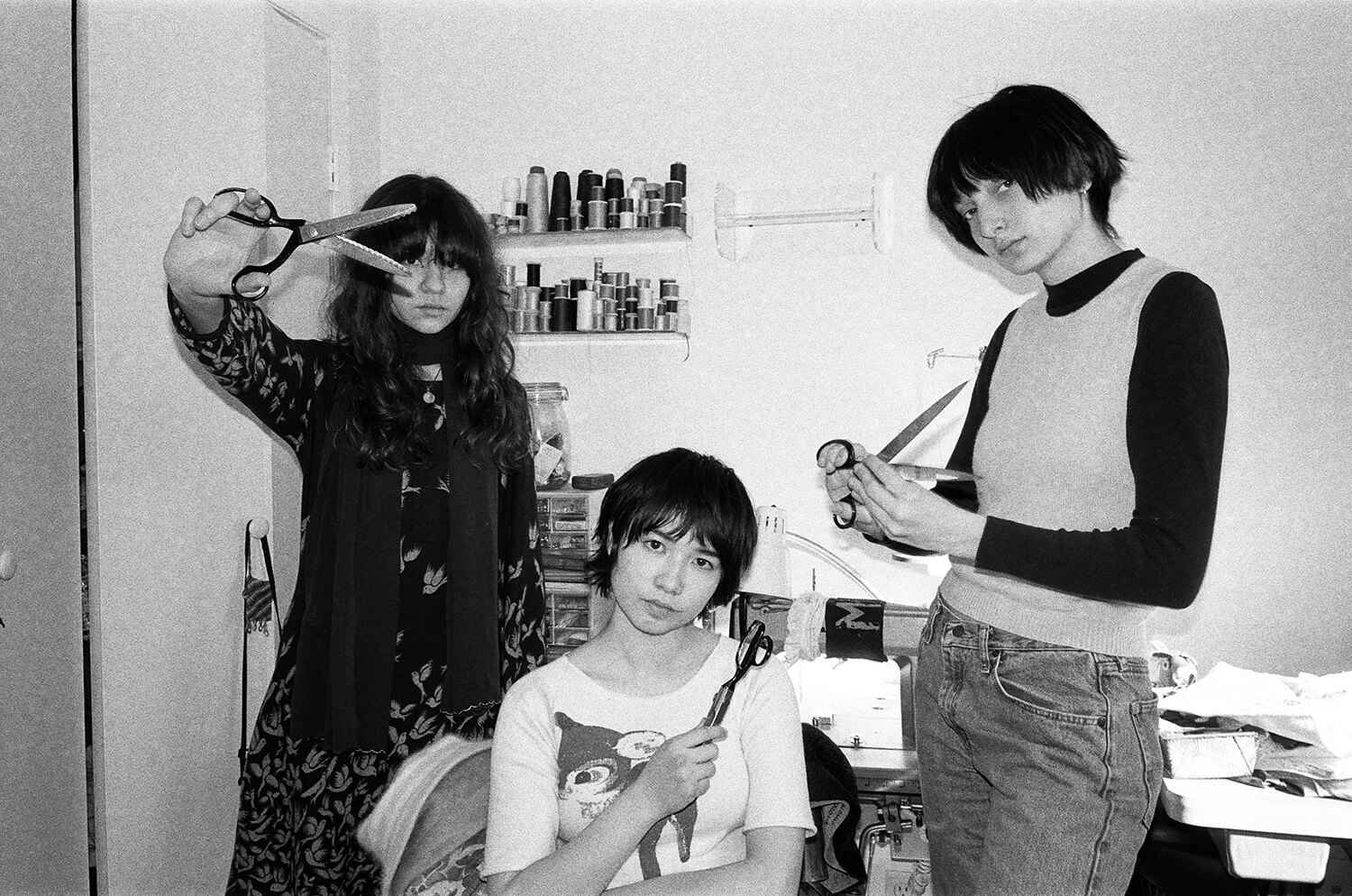 Chicago trio Horsegirl - Nora Cheng (guitar, vocals), Penelope Lowenstein (guitar, vocals), and Gigi Reece (drums) - unveil a new single/video, “Dirtbag Transformation (Still Dirty),” from their debut album, 'Versions of Modern Performance', out June 3rd on Matador. In-step with a string of incredibly well-received singles, “Dirtbag Transformation (Still Dirty)” is a scuffed up, guitar-driven piece of garage-pop. The tracks’ lyrics brim with alliteration and slanted rhymes, and as the instrumentation rises, the song rides out with a chorus of “oohs.” For the song’s video, Horsegirl and friends, many of whom will play the Horsegirl record release party, were given the reins to Lowenstein’s elementary school where they filmed all day last month. As a band who do everything as a unit, from songwriting to trading vocal duties and swapping instruments to sound and visual art design, this new video captures the essence of this trio’s special bond.

The band elaborates: “The three of us filmed the ‘Dirtbag Transformation (Still Dirty)’ video over one day in Penelope’s elementary school. The video provides a small look into our Chicago youth scene—it includes members of bands like Lifeguard, Friko, Dwaal Troupe, and Post Office Winter all grouped into oddball bands with weird gimmicks. We always have the best time making our videos with our friends in spaces we feel connected to. All of our friends showed up with various assortments of clothing and props, like wooden spoons, a bowling shirt collection, and an accordion. We wanted to harness the strangeness of everything that was brought to us, and wanted to showcase all of the people and bands that mean so much to us.”

Snail Mail - "Glory" (From "The Tonight Show With Jimmy Fallon")

This past Friday night, Snail Mail performed "Glory" on NBC's "The Tonight Show With Jimmy Fallon".  The studio version can be found on the 2nd Snail Mail album, 'Valentine', currently streaming / selling everywhere.  The updated live schedule for Snail Mail can be found below : Last fall, Circuit des Yeux (Haley Fohr) was invited to record a 4-song live session at Jamdek studio in Chicago. These recordings capture the music from her 2021 album '-io' at the outset of its transition from studio to stage, including band arrangements of the compositions “Vanishing,” “Dogma,” “Sculpting the Exodus,” and “Stranger.”

Fohr was joined on these performances by the musicians
Whitney Johnson (Matchess), Andrew Scott Young, and Ashley Guerrero.

Matador is releasing these four tracks digitally as 'Live From Chicago', available today for streaming or download.

Circuit des Yeux will be on the road throughout the summer and fall, bringing '-io' to audiences in North America, Europe, and the UK. Find the complete itinerary below. 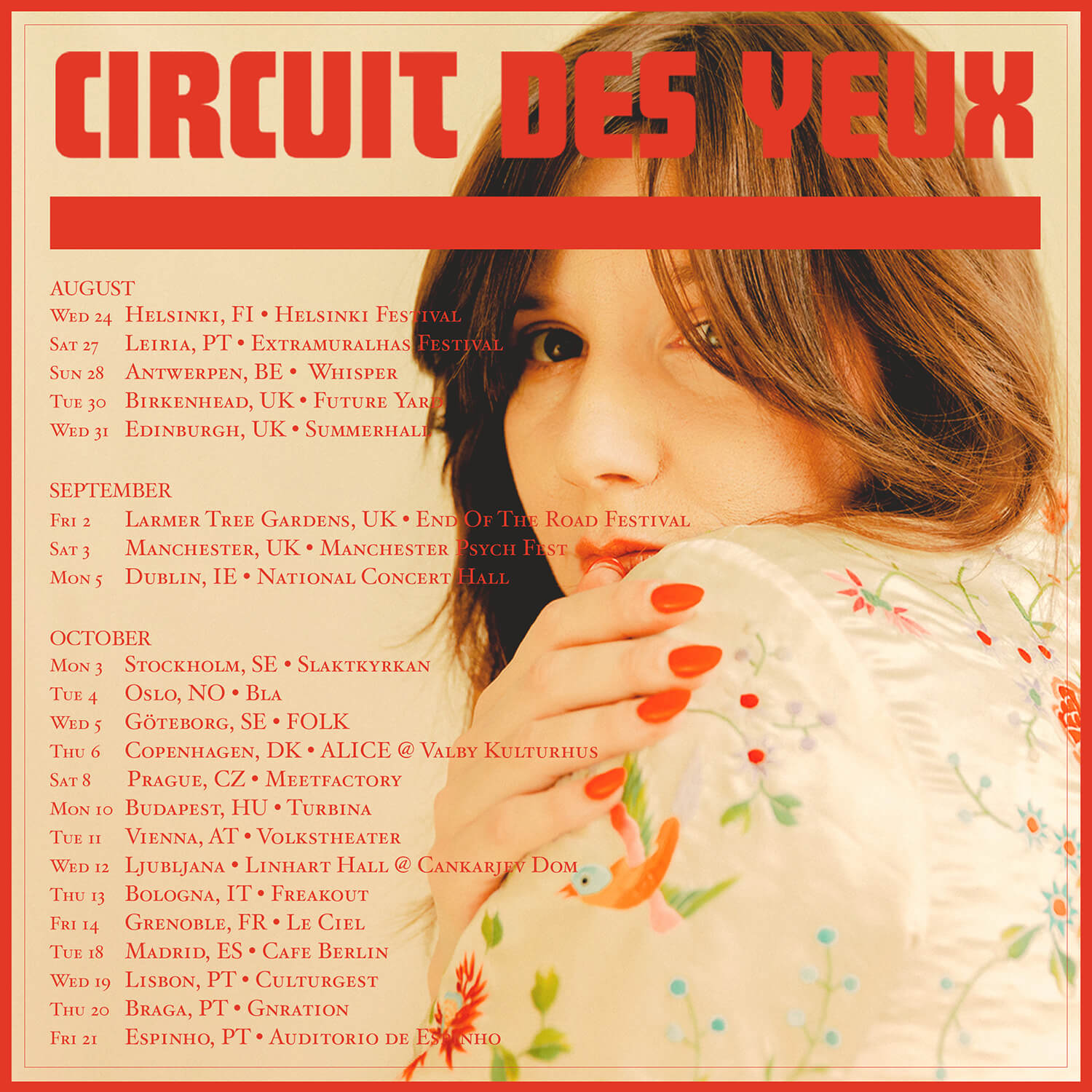 Stream/Purchase Lucifer On The Sofa

Spoon brought Lucifer On The Sofa to CBS Saturday Morning this past weekend after Friday's performance at NYC's Hammerstein Ballroom. Live takes on "Wild," "The Hardest Cut" and They Want My Soul's "Inside Out" are below.

Out Today : Belle and Sebastian - 'A Bit Of Previous'

"Talk To Me, Talk To Me" - directed by Freya and Rosalie Salkeld Belle and Sebastian today release their 9th studio album, 'A Bit Of Previous'. Marking the occasion comes new video and single ‘Talk To Me To Me’. The video was written and directed by 15-year-old south London siblings Freya and Rosalie Salkeld.

(stream/purchase 'A Bit Of Previous')

“We had a small budget to make the video and were going to make it ourselves, but we ran out of time. So we put out an open call to filmmakers who would be interested in making something for the existing budget, requesting an image encapsulating their idea and a 100-word pitch. The directors’ mother got in touch saying her daughters are fans of the group and keen filmmakers, and they sent in a treatment that we loved. They co-wrote and co-directed it, and got a bunch of their friends involved, and made a fresh and funny take on the song”

"When we found out we were going to make Belle and Sebastian’s new music video we were beyond excited. Our idea had come from photos we’d taken of our friends for art projects. Casting mates we’d recently seen in a school drama production was really fun - filming them was even better! The process as a whole was an amazing challenge and we’re so grateful for the opportunity!"

'A Bit Of Previous' is available in four different artwork covers across LP, CD and digital. The independent retail  version of the LP includes a bonus 7" with standalone track "A Bit Of Previous". Belle and Sebastian at Bandcamp.

Belle and Sebastian on Tour

Lucy Dacus has shared a new lyric video for "I Don't Wanna Be Funny Anymore" from her 2016 debut No Burden. This follows the recent release of lyric videos for "Night Shift" and "Kissing Lessons."