On February 24, Matador Records will release SHOOK, the fourth album by Algiers. This spring, the band will embark on a North American tour, which will kick off in Austin, TX at SXSW and conclude in Toronto.

Stacked with guests spanning icons through to future stars, SHOOK is a lightning rod for an elusive yet universal energy and feeling. A plurality of voices; a spiritual and geographical homecoming; a strategy of communion in a burning world; the story of an end of a relationship; an Atlanta front porch summer party. Ultimately, it's a 17-track set of the most mind-expanding and thrilling music that you are likely to hear anytime soon. 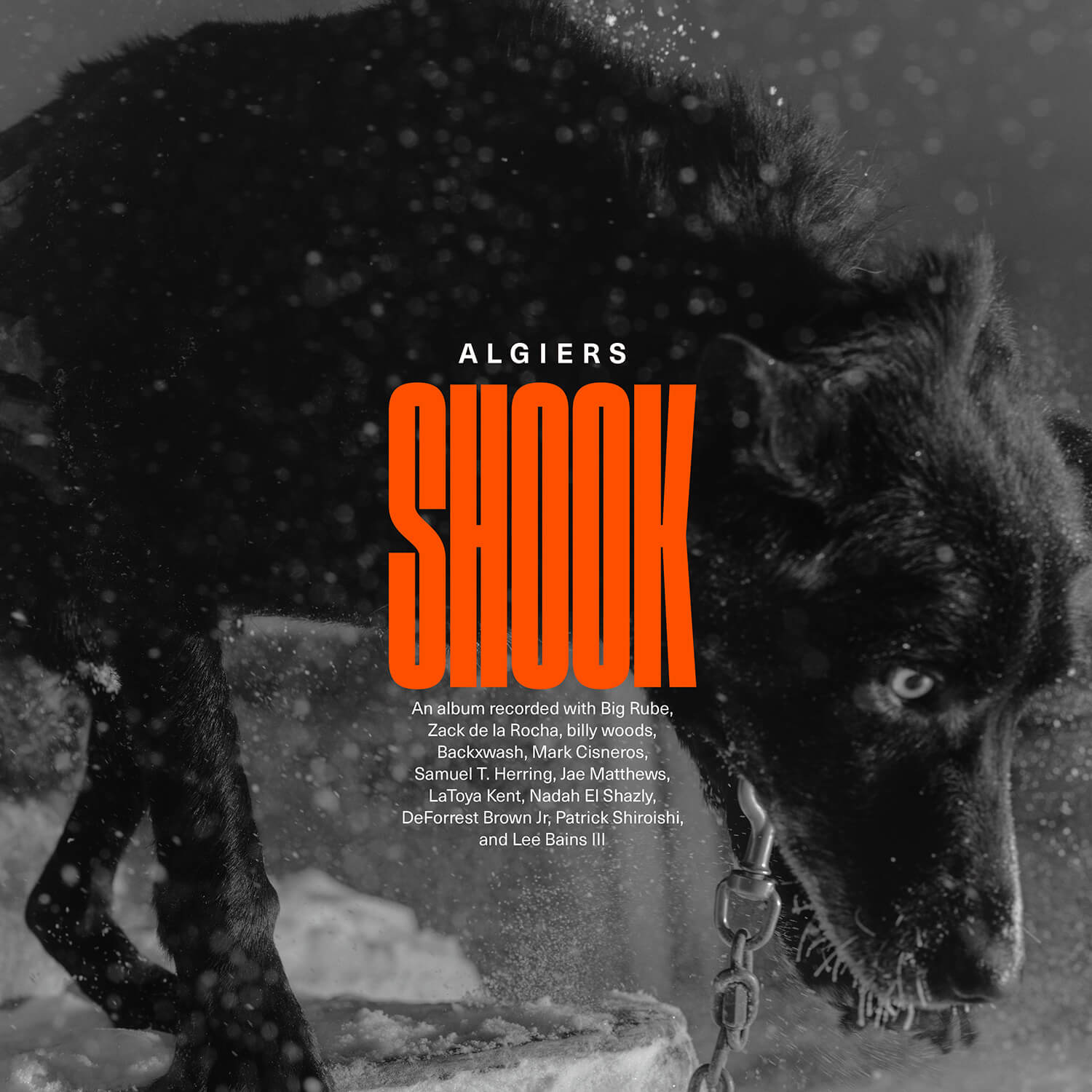 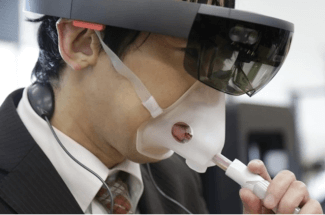 (congrats to 2022 Matador Inventor Of The Year, Dr. Homei Miyashita of Meiji University's Frontier Media Science.  Dr. Miyashita's dogged attempts to create lickable TV screens have yet to revolutionize either watching TV or licking, but both have been more successful than our introduction of Accutron 3000 and Brobot 3000, so there's that).

(Around this time every December, your STRESSED-TO-THE-MAX  editor attempts to coax a list of favorite recordings, books, television programs, life events, etc. out of the label’s artist roster and our music industry cronies. In the past, this exercise has been a difficult process, fraught with nagging, CRYING  and no shortage of defiantly opposed participants, some of whom actually changed labels or places of employment to weasel out of it.

Keep in mind, we're about to close the books on the ANOTHER YEAR OF THE WORLD GOING TO SHIT and perhaps persons with some sense of perspective or sanity  have other things on their mind than trumpeting their own cultural cachet. Thankfully, we only know a few people like that.

For some historical perspective, here’s last year’s selections. Questions or comments about our terrible tastes and/or inexcuasable  omissions are welcome (but not so welcome that we’re inclined to acknowledge receipt).

On behalf of everyone at Matador, here's wishing you, your families and friends a safe & happy holiday and thank you, as always, thanks for putting up with us. 2023 is going to be our craziest year ever (EDITOR'S NOTE : please check this out with the legal department prior to publication, thx) And without further ado, let the coronoation of Van Morrison's 'What's It Gonna Take?'  commence. – Gerard Cosloy)

Hugo's Rule-Defying Baker’s Dozen of 2022:
1. Touring with the best version of Gang Of Four, ever.
2. Touring with a small but fabulous crew…all three of them (Frank, Patrick, and Devyn.)
3. Touring with my daughter (Ts) and my dear friend (Dolette) singing back-up together with us; a return from retirement for one, a Master Class for the other.
4. Playing sober every night.
5. Matadorians who came to shows who clearly weren’t there because they had to be.
6. Discovering new writers - M. W. Craven, JD Kirk, Edward Wilson
7. Still loving Michael Connolly, John Connolly, Mick Herron, Jack Gatland.
8. Slow Horses on TV
9. Meeting Tom Hardy and Jodie Comer. England (actors still) Swing Like A Pendulum…(they) Do.
10. Meeting Paul Thompson.
11. Really listening to (and loving) Bill Berry’s drumming.
12. Playing sloppy, under-rehearsed G4 songs vigorously and wonderfully with the original Mekons. And Jon. In Leeds.
13. Jon getting a Grammy Nomination for ’77-‘81. I told him he had to wear the medal on stage next year... Ten most listened to releases of 2022 (mostly re-issues, cause that’s my business but also my pleasure)

- V/A – Fell From The Sun (Downtempo And After Hours 1990-91) 2xLP (Ace) Never expected this to be my go to listen this year, but life is a mystery. Compiled by the boys from Saint Etienne and it sounds like it! Cooked a lot of dinners in 2022 to this one.

- The Retail Simps  - Reverberant Scratch: 9 Shots In Tha Dark LP (Total Punk) Someone sold me on this LP by saying it was like Ron House fronting the Bar Kays. That’s accurate and a guarantee of quality (maybe not the quality you expect). 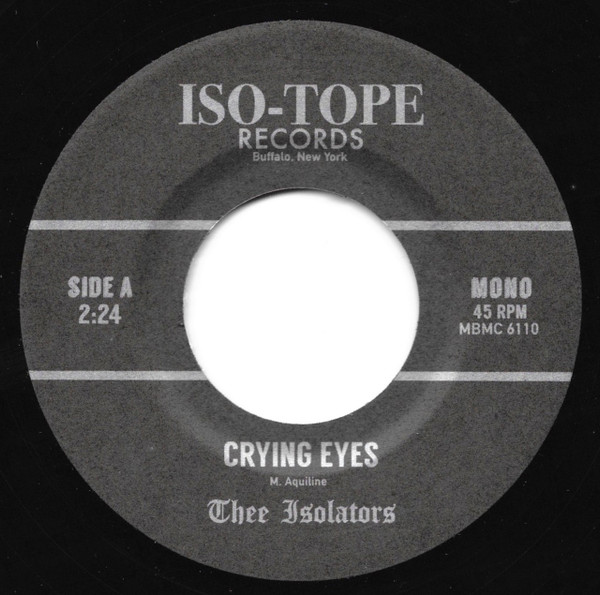 - Biff Bang Pow – A Better Life: The Complete Creations 4xCD (Cherry Red)
It’s always rare to find another Biff Bang Pow enthusiast. The ones I’ve met are all still close friends. I’m not looking for any new friends… but determined applicants can start here. Everything (and more) released from a band that never seems to get the praise they deserve. Never realized how much this band needed a box set.

- V/A – A Chant About The Beauty Of The Moon At Night: Early Hawaiian Steel Guitar Masters LP (Magnificent Sounds)
Rare and beautiful Hawaiian 78’s collected with love. The influence of this stuff on American 20th century music is laid bare in this rewarding collection. This LP really takes you on a journey to a different (head) space.

- Dredd Foole And The Din – Songs in Heat 1982 CD (Corbett vs. Dempsey)
First in a series of releases covering the worlds of Dan Ireton. This covers the Mission Of Burma encompassing Mark 1 Din and includes the complete session for the world beating debut 7”. Future installments are anxiously anticipated.

- Jacks – Vacant World LP (Mesh-Key)
One of my favorite LP’s ever, in what must be the ultimate version. Loud and crystal clear. The cover has never looked better. Obviously this record should be in every home.

- Richard Thompson – Music From Grizzly Man 2xLP (No Quarter)
Criminally rare on LP, I was happy to revisit this again. Probably the last great Richard Thompson LP and the most striking overall. Moody, atmospheric and intimate. - Project Pat – Murderers & Robbers LP (Project)
Comp of raw street material from Pat’s Pre-Loud Records, Pre-prison sentence early 90’s mixtapes. Basically unavailable outside of Memphis and the dark corners of the internet, it’s a blessing that we finally got this one on LP for the heads.

The Cat’s Miaow – Songs ’94-’98 LP (World Of Echo)/Hydroplane – Hydroplane LP (Efficient Space) Both sides of this celebrated and yet overlooked group of Australian musicians. Two different styles from two different bands with all the same people. Worth finding these if you can. The hype sticker on the Hydroplane could never live up to the comparisons listed (Radiophonic Workshop, Endtroducing, etc) but was enough to make this cynic pull the trigger. Lonesome Dove by Larry McMurtry
Paradais by Fernanda Melchor
Who Will Pay Reparations on My Soul? by Jesse McCarthy
Heart of a Dog by Mikhail Bulgakov
Either / Or by Elif Batuman 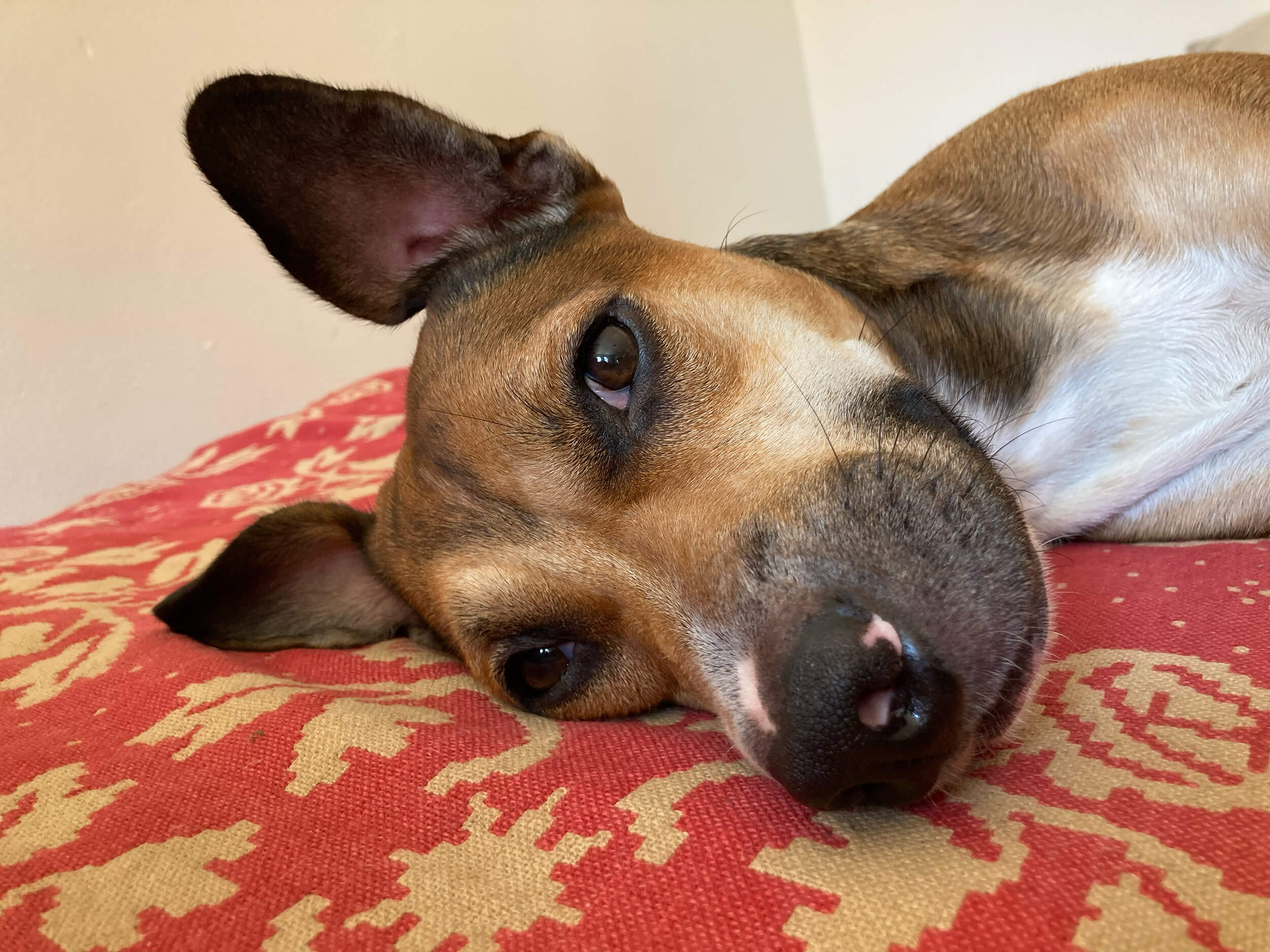 LYDIA LUNCH RETROVIRUS, Zebulon – Weasel Walter is my new idol
BILLY STRINGS,  The Wiltern – this kid, damn!
mssv, Zebulon – can’t remember the last time I saw Watt play…killed it of course.
NICK CAVE, The Shrine – heartwarming
MINI-MEKONS – saw then in someone’s backyard in LA with about 30 other people.
WILLIAM BASINSKI playing Disintegration Loops at a church with a sick light show. Epic
DEVO at Cruel World Festival in Pasadena – this is how you put on a festival show!
GIRLS AGAINST BOYS, Echoplex – they sound just as amazing as they did in 1996
JONATHAN RICHMAN, Zebulon – this show is in 3 hours, but I know it’s going to be amazing. 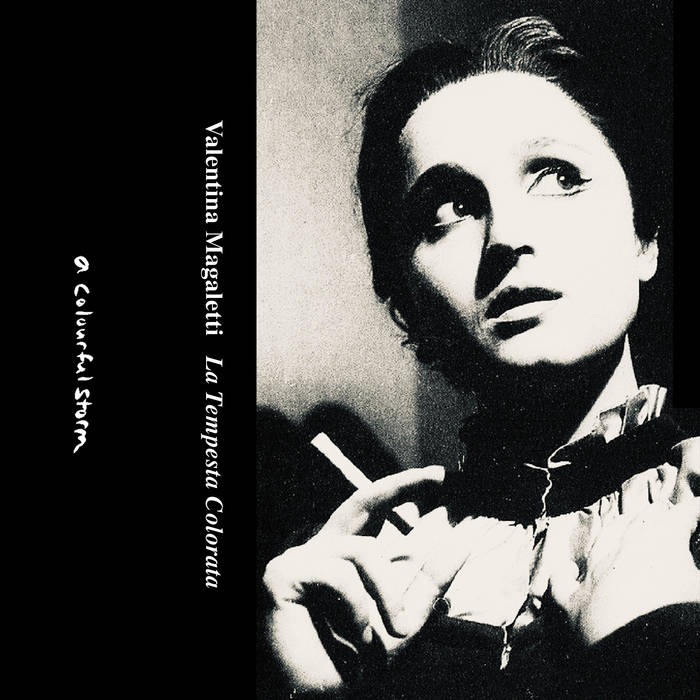 Flasher - Love is Yours (Domino) 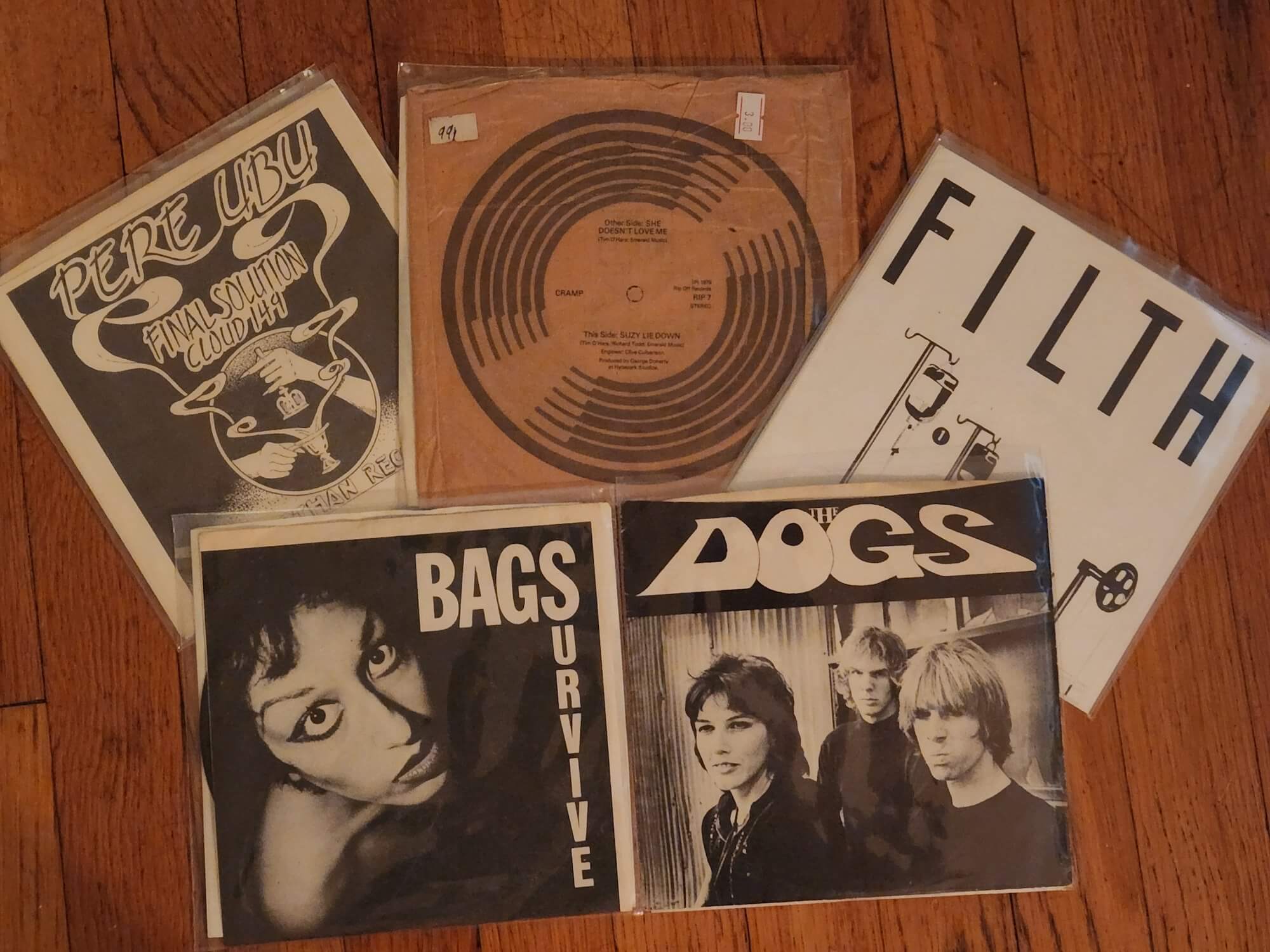 TOP 5 RECORD SCORES OF 2022
Pere Ubu - Final Solution b/w Cloud 149 (1976, Hearthan Records - USA)
The elusive picture sleeve of this Cleveland punk staple featuring liner notes but guitarist Peter Laughner
Cramp - She Doesn't Love Me b/w Suzy Lie Down (1979, Rip Off Records - N. Ireland)
Double A side Irish punk classic, very hard to find pic sleeve as usual with Rip Off stuff.
Filth - Don't Hide Your Hate b/w Sex & Nothing For Me (1978, Plurex Records - Netherlands)
Top European punk single and the mastering on KBD4 does this one no justice. Loud & raw
Bags - Survive b/w Babylonian Gordon (1978, Dangerhouse - USA)
The final record needed in my Dangerhouse collection, this one has grown significantly  in price, so I was glad to get the right price on this misprint label copy nonetheless.
Dogs - Slash Your Face b/w Fed Up & Are You A Boy Or Are You A Girl? (1978, Detroit Records - USA)
One of the most iconic KBD tracks, had to travel to Den Bosch to get this one but well worth the trip
THEATRICAL RETROACTIVE REVELATIONS OF 2022
RAN d. Akira Kurosawa (1985, Japan) at Paris Theater
SEED d. John M. Stahl (1931, USA) at Metrograph
SCANDAL SHEET d. Phil Karlson (1952, USA) at Lenfest Center for the Arts at Columbia University
BLACK TUESDAY d. Hugo Fregonese (1954, USA) at Musuem of Modern Art
CHYTILOVÁ VERSUS FORMAN d. V?ra Chytilová (1982, Belgium) at Film Forum

LISTEN. Songs In 2022 (one album, one song)
FAVOURITES (in no particular order) 
OUT TODAY :  reissues of Queens Of The Stone Age’s 2 more recent studio full-lengths ---  2013’s multiple-GRAMMY-nominated, Billboard 200 #1 charting magnum opus …Like Clockwork and 2017’s redefining Villains will both be reincarnated: …Like Clockwork returns newly recut from its original master tapes with alternate artwork and obi-strip from Boneface with a limited opaque aqua vinyl pressing available direct from Queens Of The Stone Age, Matador Records, and a limited opaque red vinyl pressing available at finer independent retailers. Villains is reissued in a special 5th Anniversary package featuring etching, obi-strip, and a brand new poster by Boneface, and as on limited edition leaf-green transparent vinyl available exclusively via Queens Of The Stone Age and/or Matador Records.

Purchase / Stream Lucifer on the Sofa

Purchase / Stream Lucifer on the Moon (vs. ON-U Sound)

Following their performance of "Wild" on The Late Show with Stephen Colbert earlier this week, Spoon have announced several European dates alongside The Black Keys in June 2023. Tickets are on sale next Friday, Dec 16 at 9am GMT.

Spoon - "Wild" on The Late Show with Stephen Colbert Spoon brought "Wild" from their Grammy-nominated 'Lucifer on the Sofa' (Best Rock Album) to The Late Show with Stephen Colbert last night.

Purchase / Stream 'Lucifer on the Sofa'