Yo La Tengo - World Cafe Live Broadcast At Noon, "CBS This Morning" Tomorrow, 'Stuff Like That There' Out Today 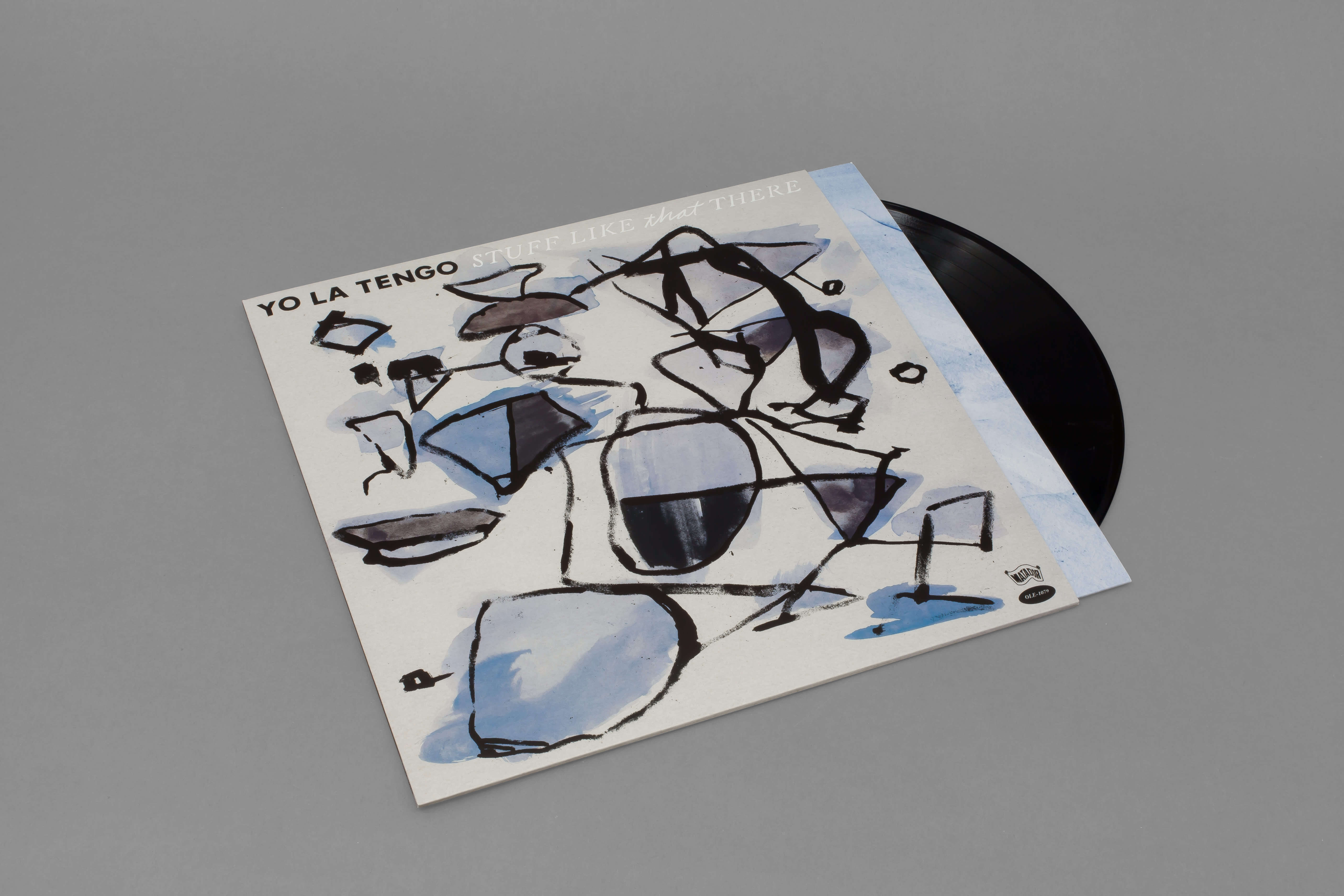 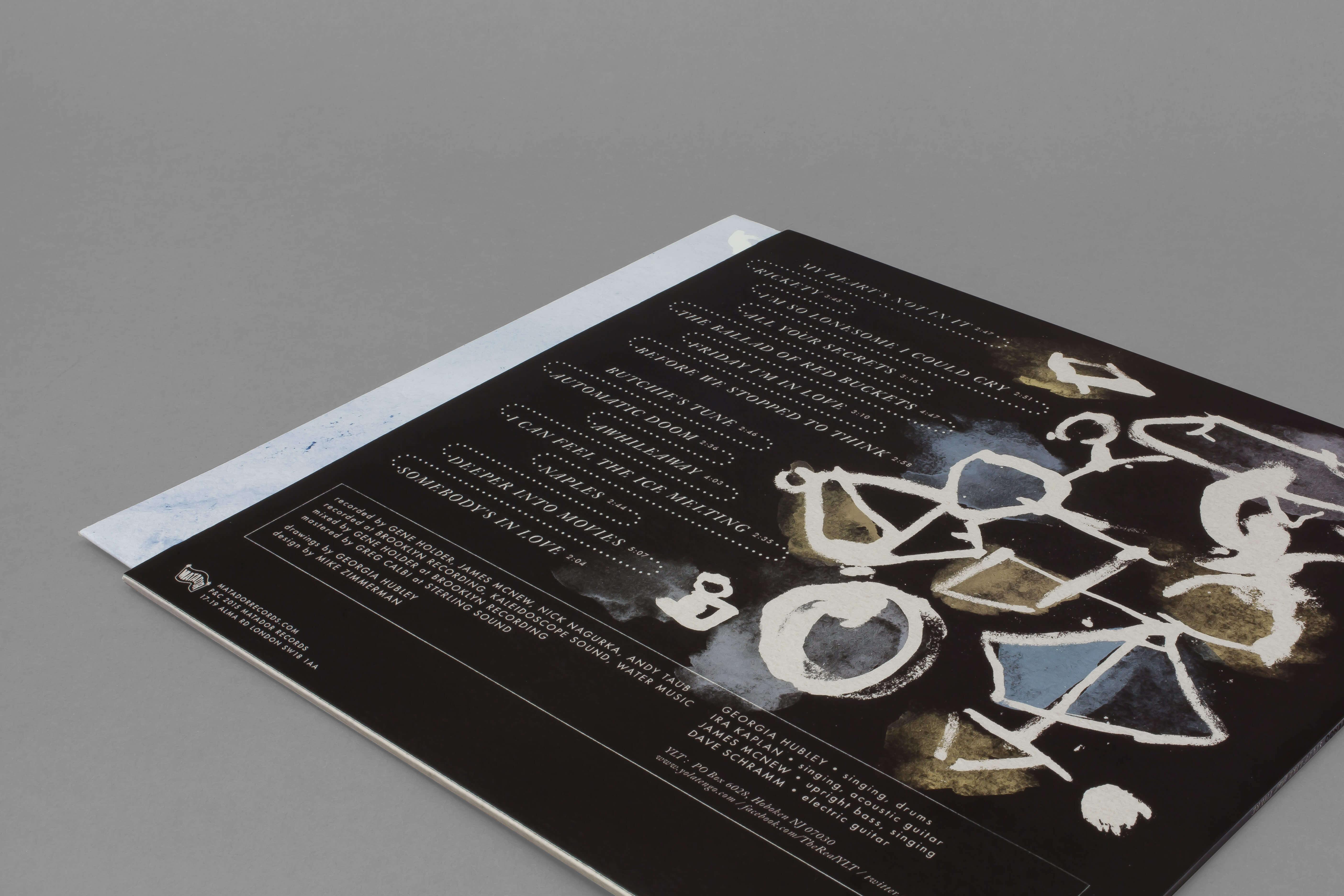 If you're not already aware that today (Friday, August 28) marks the official release date of Yo La Tengo's 'Stuff Like That There', I guess you could say the record label had done a very poor job. Since you're too polite and kind to say that (to our faces, anyway), let's concentrate on the next couple of days of exciting activity : Yo La Tengo guest DJ'ing and signing copies of 'Stuff Like That There' at Other Music.

Yo La Tengo live on "CBS This Morning" (as seen below) : 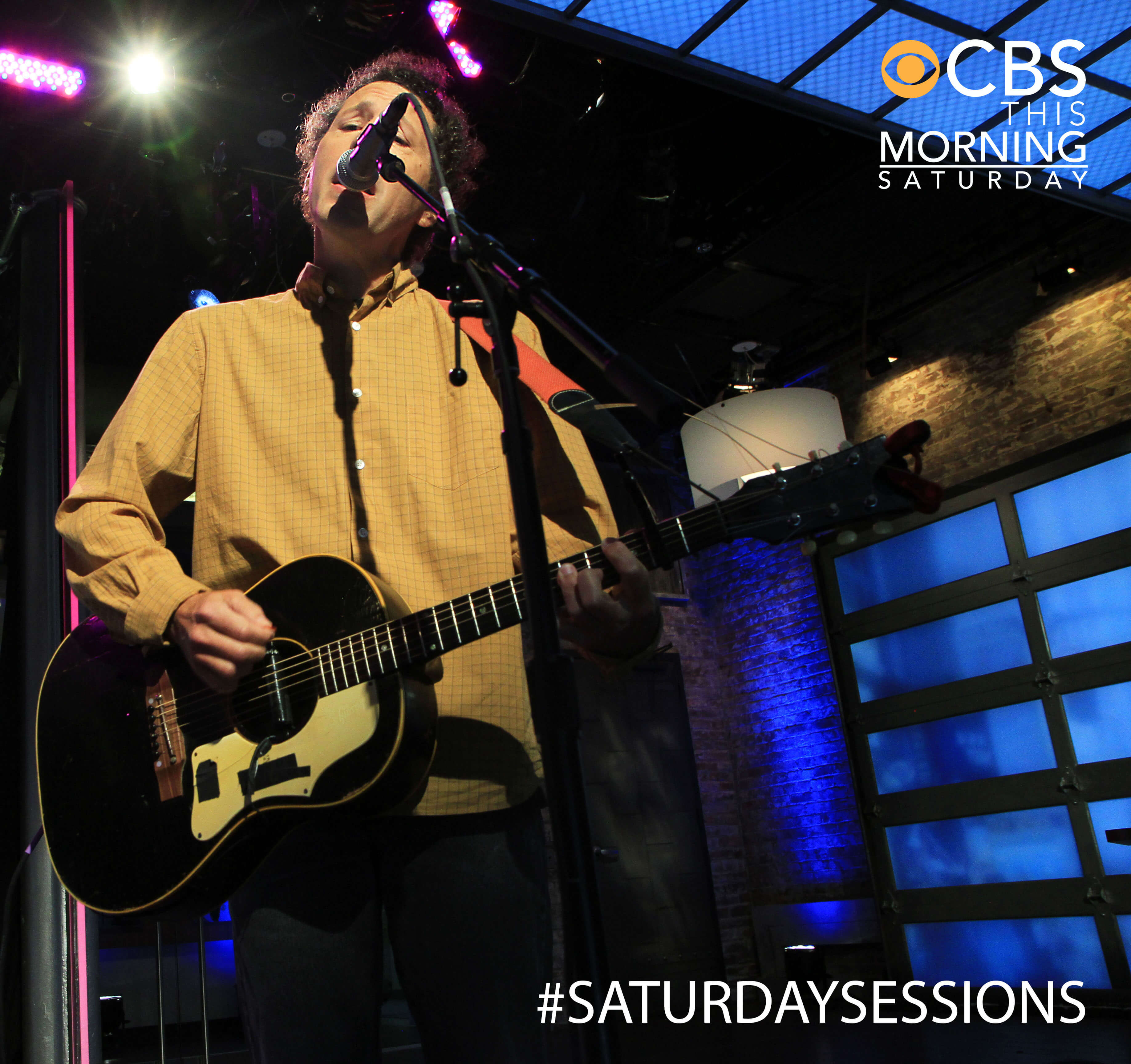 Order 'Stuff Like That There' on LP or CD from The Matador Store, including bundle with tote + cassingle w/ 2 new unreleased tracks

Order 'Stuff Like That There' from the following digital outlets :
iTunes:
Amazon:
Google Play

The above clip was directed by Danny Perez. 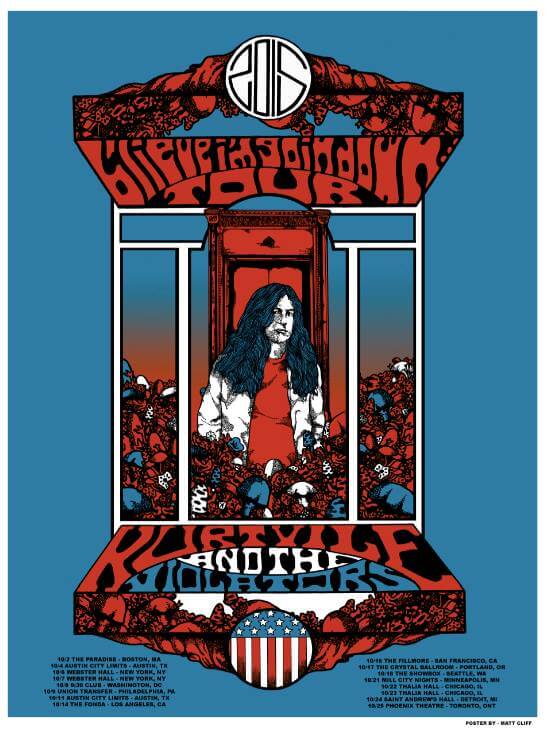 * - with Waxahatchee
# - with Luke Roberts
% - with Cass McCombs and Heron Oblivion

Following the recent release of their “Earth Not Above” 12” EP, HÆLOS now present their first video for title track ‘Earth Not Above’, which premiered earlier today via The Fader. Filmed by Jesse Jenkins, the video marks the first installment from a trilogy to come from the London trio.

Whilst currently putting the finishing touches to their debut album, HÆLOS are touring this Autumn, today announcing a pair of headline UK dates at Manchester’s Night & Day on 26th October and The Laundry in London on 27th October. Ahead of these headline dates the band support TV On The Radio at London’s Roundhouse on the 30th + 31st August. See all upcoming tour dates below.

Order 'Earth Not Above' via the following :

For those who were in bed early last night (in order to wake up extra early to hear Yo La Tengo on NPR's Morning Edition) here's what you missed. Tobias Jesso Jr. performed on Jimmy Kimmel Live last night alongside his new band Duk. Check out "Crocodile Tears" and "Hollywood" below.

Those who believe that Steve Gunn is always on tour now have a little more ammo for that theory. Below find newly announced tour dates in bold as well as several festivals on difference sides of the Pacific spread out between late summer and fall.

Yo La Tengo : 'Stuff Like That There' Streaming Today via NPR First Listen 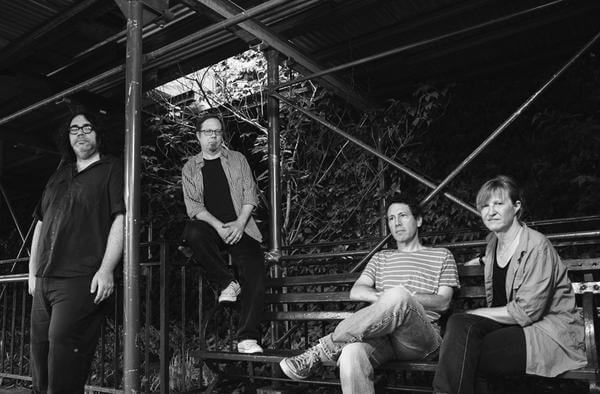 In advance of the August 28 release date, NPR First Listen is streaming the new Yo La Tengo album, 'Stuff Like That There' in full today. Jason Heller hails YLT's "encyclopedic love of music that transcends genre" ("the album shows, yet again, just how euphorically Yo La Tengo scrawls outside the line"), though it seems his editors cut the line where he compliments Matador Records' restraint in eschewing some super tired "Straight Outta Hoboken" meme for cheap social media laughs.

One the evening of Friday, August 28, Other Music is hosting a release day party for 'Stuff Like That There', with Ira, Georgia and James DJ'ing and signing records. In addition, those who purchase the album will have a chance to win two guest list spots to "Songs Like These Here": an evening of YLT-themed piano karaoke featuring Joe McGinity, Tuesday, September 8, at Sid Gold's Request Room in Manhattan

Preorder 'Stuff Like That There' on LP or CD from The Matador Store, including bundle with tote + cassingle w/ 2 new unreleased tracks)

Preorder 'Stuff Like That There' from the following digital outlets, with "Automatic Doom" and "Deeper Into Movies" available instantly.
iTunes:
Amazon:
Google Play Algiers will be returning to the UK and Europe this Autumn. All dates and ticket links below.

Words written by Phyllis Rose from Jazz Cleopatra: Josephine Baker In Her Time and spoken by Henry Rollins
Footage shot in January 2016 during Savages’ NYC residency 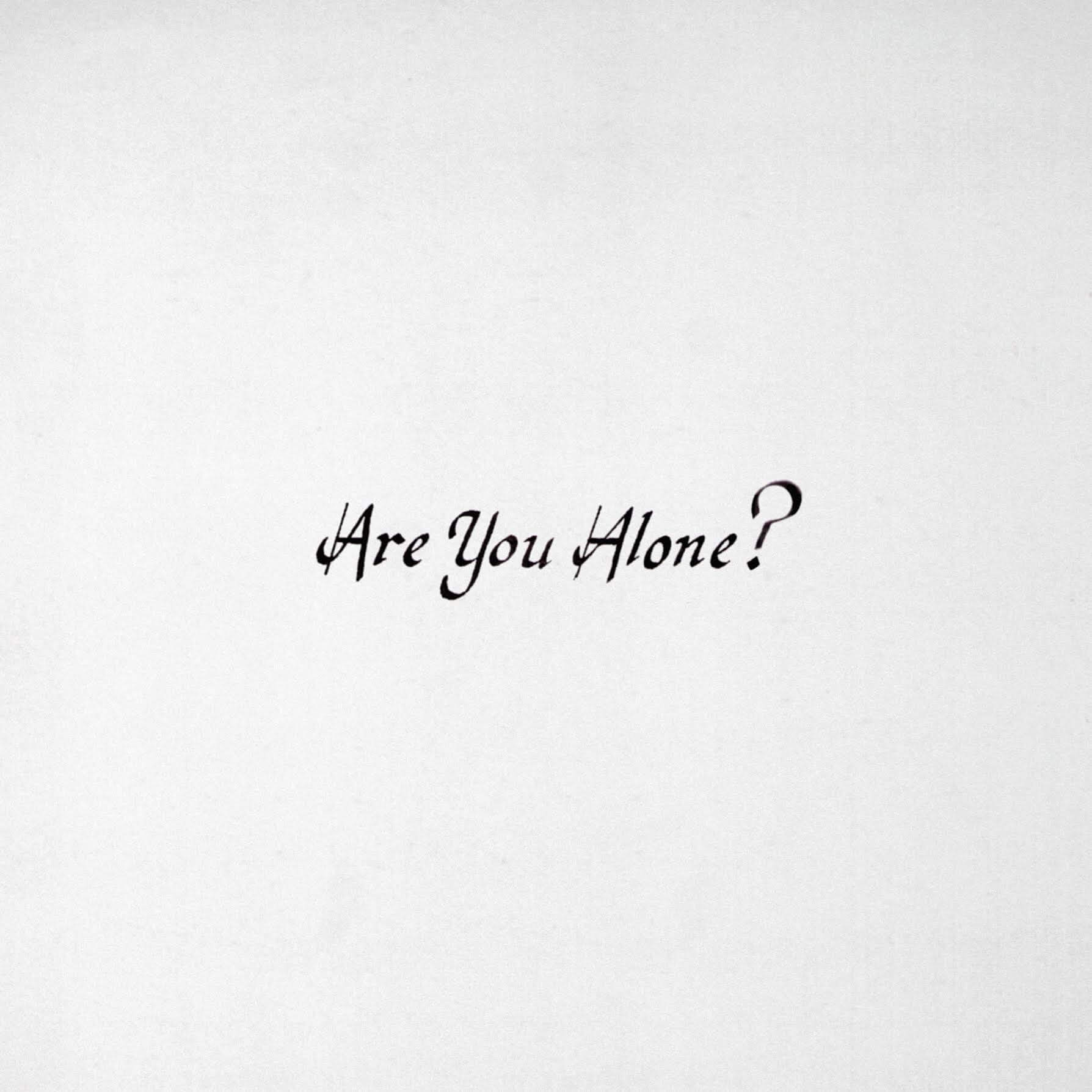 
In 2013, the Canadian musical-performance art project Majical Cloudz released Impersonator via label Matador, garnering global praise as one of the year's best albums. Since then, principle writer and vocalist Devon Welsh has been fastidiously crafting the band's second studio album, while simultaneously touring the world with producer Matthew Otto. Today, Majical Cloudz announce their anticipated sophomore LP, 'Are You Alone?', arriving in-stores and online around the world on October 16th.

Building off a solidly-laid visual and sonic foundation, the narrative remains - simple yet emotionally forthcoming lyrics showcasing raw vulnerability, backed by sparse instrumentation and minimalist production. Welsh delivers melancholic but melody driven vocals echoing off elemental tones, praising love and friendship, commiserating over heartbreak and sadness. Written and recorded between Montreal and Detroit, it comes as no surprise that Welsh and Otto have created another soulful novella, continuing to contribute to the evolution of sound in pop, indie, and electronic music.

This morning, Majical Cloudz are sharing the first single off of 'Are You Alone?', "Silver Car Crash",

Preorder 'Are You Alone?' from The Matador Store, iTunes or Amazon. 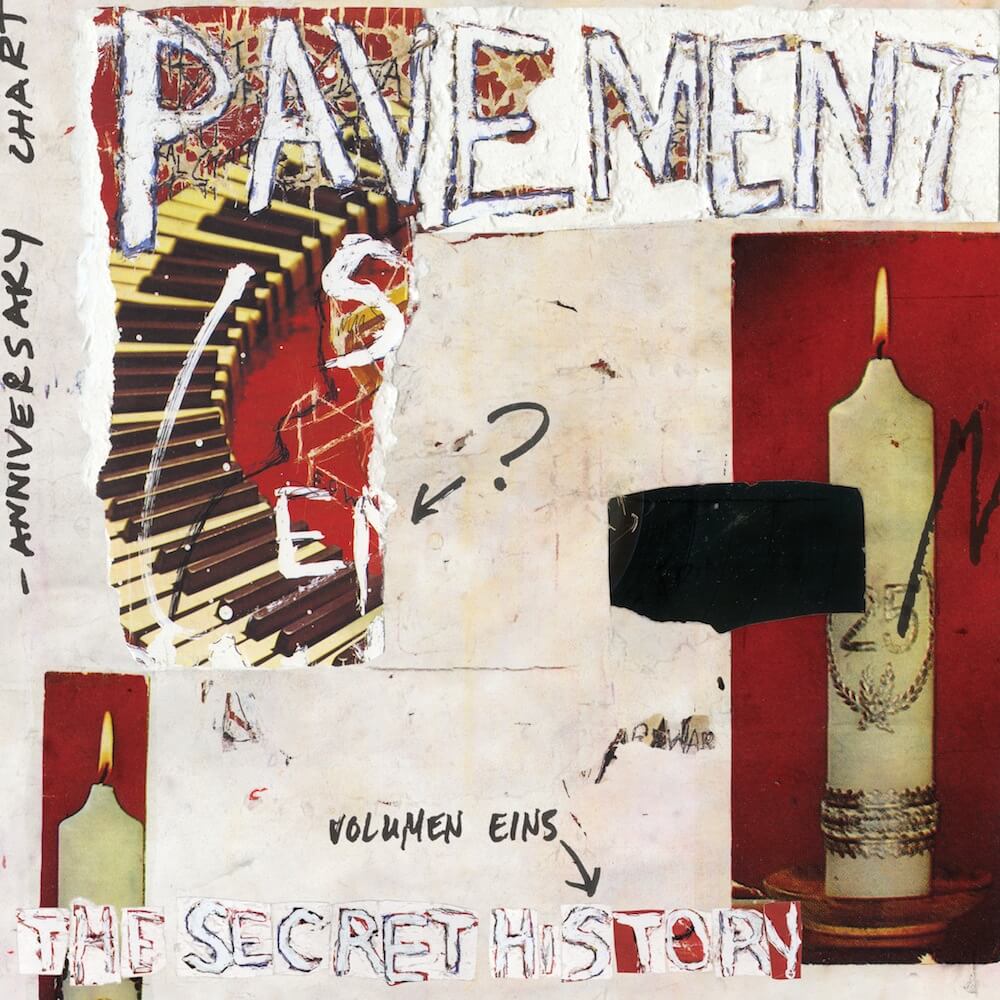 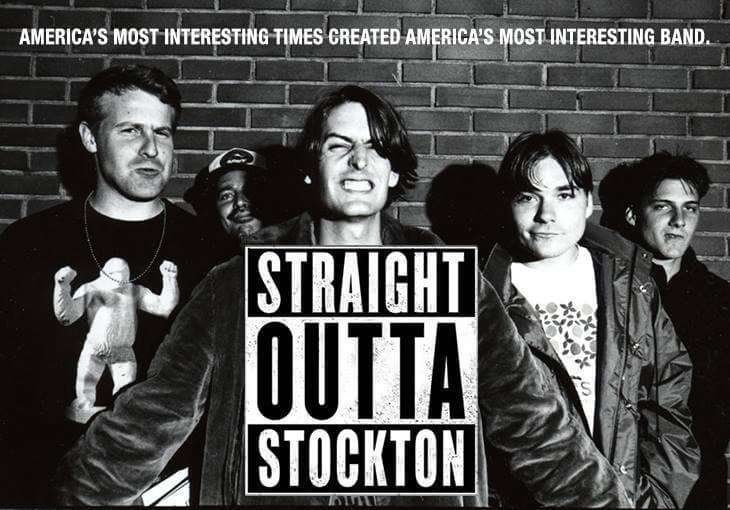 Just a reminder that the Pavement rarities comp., 'The Secret History Vol. 1' (gloriously depicted here), is out TODAY via Matador in North America and Domino in Europe. Publications including but not limited to Newsweek, New York and Rolling Stone have been awash in coverage for this important title, but I'm pretty sure a confident, iconoclastic person like yourself isn't swayed by that sort of thing and you were gonna order the 2XLP anyway. More dates have been added to the Thurston Moore Band's relentless global schedule in support of 'The Best Day', and in addition, they'll be signing records and other items (NOTHING PERISHABLE, PLEASE) at NYC's Other Music, tomorrow, Thursday August 6 at 7pm.

Order 'The Best Day' from The Matador Store
iTunes
Amazon

(in Japan, 'The Best Day' is available from Hostess)

Earlier this morning Lower announced that they will be back in North America this October for dates with Makthaverskan as well as Modern Sky Festival in Central Park. This news comes on the heels of a new single "At The Endless Party" off the band's upcoming EP 'I'm A Lazy Son, But I'm The Only Son' (out September 11th - Escho in Denmark, Matador WW). One week prior to release, 'The Secret History, Vol. 1', the Pavement double LP rarities comp. touted in this space previously, is streaming today via NPR Music. NPR's Jason Heller writes, "these songs have all been floating around for years, either on their original releases, as bonus tracks on reissued albums, or as bootlegs. But bundling them has a purpose, aside from simple commerce: In a recent Pitchfork interview, Malkmus called History "the album that could have been between Slanted And Enchanted and Crooked Rain [the album on which 'Cut Your Hair' appears]." He's right. There's a coherence to the chaos of these 30 misfit songs, each one an off-kilter, self-sabotaging gem. By stringing them together, they speak powerfully to the way Pavement celebrated songcraft while gnawing at its foundations. If the '90s had turned out differently, Pavement could have been as popular as, say, Weezer. Instead, as History proves, they were always destined for something stranger."    Also, Weezer are/were terrible!  Thanks, Jason!

(Preorder 'The Secret History, Vol. 1' from the Matador Store)

('The Secret History, Vol. 1' will be available in Europe via Domino)

After the digital release of Hælos' "Earth Not Above" EP back in June, we are pleased to say that you will now be able to physically get your hands on a limited edition 12" version as of August 14th, which will mark the first of it's kind for the London trio. You can pre-order from the following links below:

You can listen to the EP here.

Over the summer so far the band have been playing at several festivals including Field Day, Secret Garden Party, Latitude and Heartbeats, and will be performing with TV on the Radio at their London Roundhouse shows. Full list of tour dates below.

*Supporting TV on the Radio