Tonight : EMA's Deep Lab Residency At The New Museum : "Does It Still Feel Weird If I Use My Hands?"

(EDITOR'S NOTE : EMA's performance tonight at New Inc. (see below) is sold out) 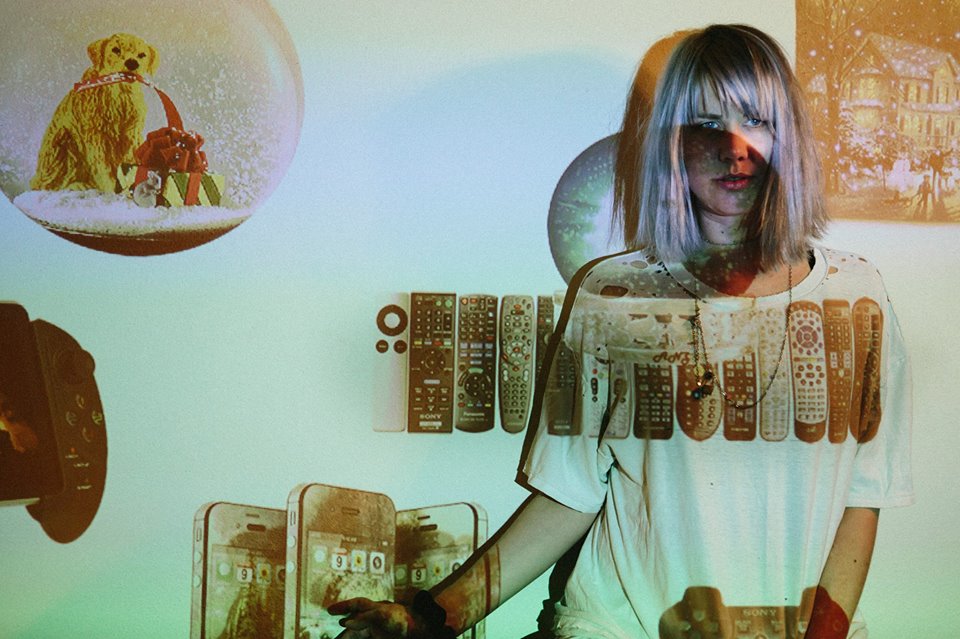 "Does It Still Feel Weird If I Just Use My Hands?"

A performance by experimental rock musician EMA
On her critically-acclaimed LP The Future's Void, Erika M. Anderson (EMA) unveiled songs about surveillance, data mining ,and internet privacy, all written before Snowden fled to Russia. The New York Times called her "a technological prophet in her own time."

In conjunction with the cyberfeminist collective Deep Lab's residency at NEW INC during the New Museum’s IDEAS CITY festival, Anderson investigates these themes again with a decidedly lighter touch. Responding to the festival theme of the “Invisible City,” Anderson draws on her experiences as a substitute teacher to re-interpret surveillance through a lo-fi approach. "Does It Still Feel Weird If I Just Use My Hands" investigates privacy, representation, and surveillance using paper and pencil instead of cameras and computers.

"I was inspired by Jason Polan's attempt to draw everyone in NYC. Since some of it is done surreptitiously, it's kind of a form of surveillance. But because it's done by hand, it feels loving instead of sinister."

For this experimental performance, Anderson will provide a soundtrack and drawings of her own, which will be manipulated in real-time via the audio-visual app Generate (NEW INC members) to create an immersive projection environment. Audience participation is encouraged.

EMA will also be appearing at London's Barbican Centre on Tuesday July 7 ("I Wanna Destroy (Sacred Objects from Suburban Homes)"), and tickets are still available.


The Future's Void is available on CD, Cassette and LP lavender vinyl) from The Matador Store.

Just a heads up for those lucky enough to be at Primavera Festival this weekend cos we have a TON of bands playing:

Belle and Sebastian, Fucked Up, Iceage, Interpol, The New Pornographers, Perfume Genius, The Thurston Moore Band and Tobias Jesso Jr are all appearing.

A few of these performances will also be live streamed here. See bands and times below:

The band's global touring schedule is updated below :

Good news! Ceremony are returning to the UK and Europe this August for the first time since 2012, for a string of headline and festival dates to showcase their new album The L-Shaped Man which was released worldwide as of last week. 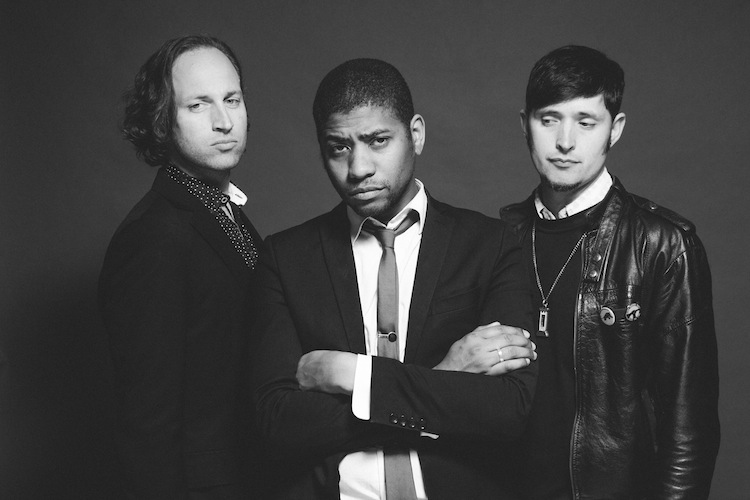 Algiers' hotly anticipated self-titled debut is out one week from today (June 1 in the UK and Europe) and via the auspices of NPR First Listen, you can stream the entire album here NPR's Andy Beta opines Algiers' "juxtaposition of noise and soul is invigorating in its own right, but it's in their lyrics that a more potent agitprop message is conveyed". In addition to the North American dates listed below, Algiers will be performing at London's Ace Hotel on June 2.

You can preorder 'Algiers' (available in stores June 1, North America, June 2) direct from the Matador Store on LP, CD or either with a t-shirt bundle, or prefer from one of the digital outlets below :

Earlier today via Dangerous Minds, the latest video from Algiers' forthcoming self-titled debut album, "Black Eunuch" (directed by Lamb & Sea) premiered. DM's Ron Kretch opines that the trio, "combine HOT soul tropes with the loftiest ideals and gnarliest noises of experimental post-punk," concluding that "Black Eunuch", "is a motherfucker and a half, and if this kind of thing doesn’t move you I’m not sure I need to know you." SECONDED.

You can preorder 'Algiers' (available in stores June 1, North America, June 2) direct from the Matador Store on LP, CD or either with a t-shirt bundle, or prefer from one of the digital outlets below : After subjecting you to a wait that can only be described as cruel, the countdown to the release of Ceremony's new album, 'The L-Shaped Man', is finally over. To mark this joyous occasion, you can catch Ceremony tonight at San Francisco's Vacation (651 Larkin Street) at 8pm. All ages are admitted and it's free (because what kind of monsters charge you money for an instore?) 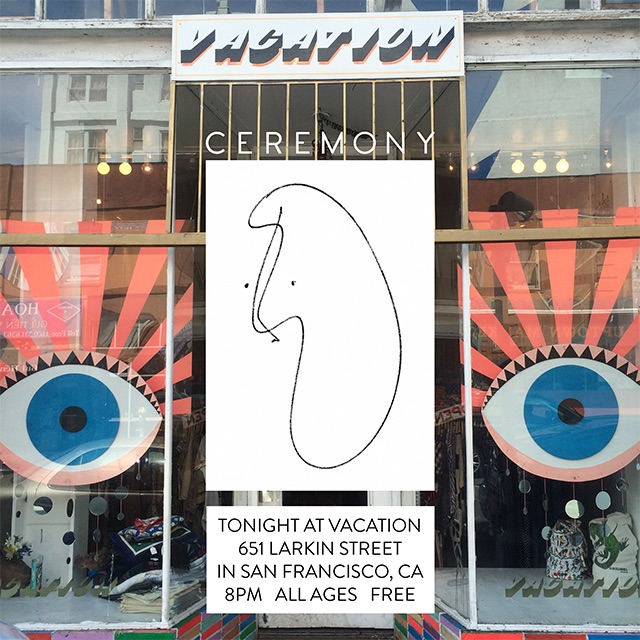 In addition to to Ceremony's relentless North American touring schedule, their plans for this weekend as as follows :

For those who prefer shopping from the comfort of their own home to the effervescent repartee you find in an actual record shop, you can order 'The L-Shaped Man' on iTunes ($7.99)

You can also order fromAmazon MP3.

The CD and sea foam green colored LP version are available from the Matador Store:

Also via the Matador Store you can order a special bundle that includes the CD or colored vinyl LP along with a Ceremony T-shirt and/or a 36-page limited edition book of poems by Ross Farrar which parallels lyrics from 'The L-Shaped Man'.

Add 'Highlights' to your list/queue and get ready to binge-listen to the album in full at your favorite web destination: tanlinesinternet.com.

The band play at Rough Trade tonight and Bowery Ballroom tomorrow. Both shows are sold out so I hope you got tickets early. More tour dates can be found here.

In addition to new dates being announced in Montreal, Toronto and Hamden, CT (see below), the new Ceremony album 'The L-Shaped Man' is streaming in full today courtesy of KEXP, one week prior to release. 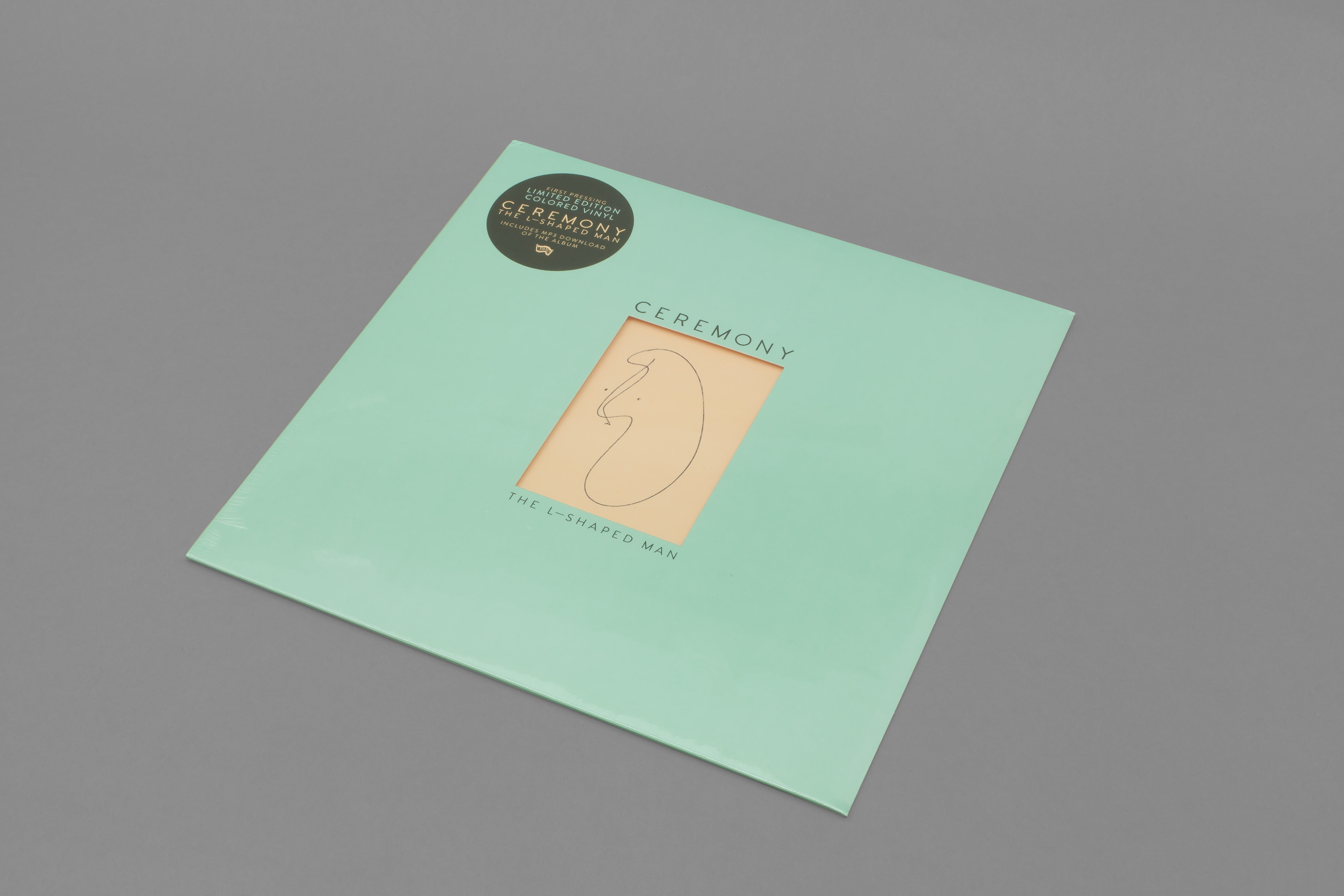 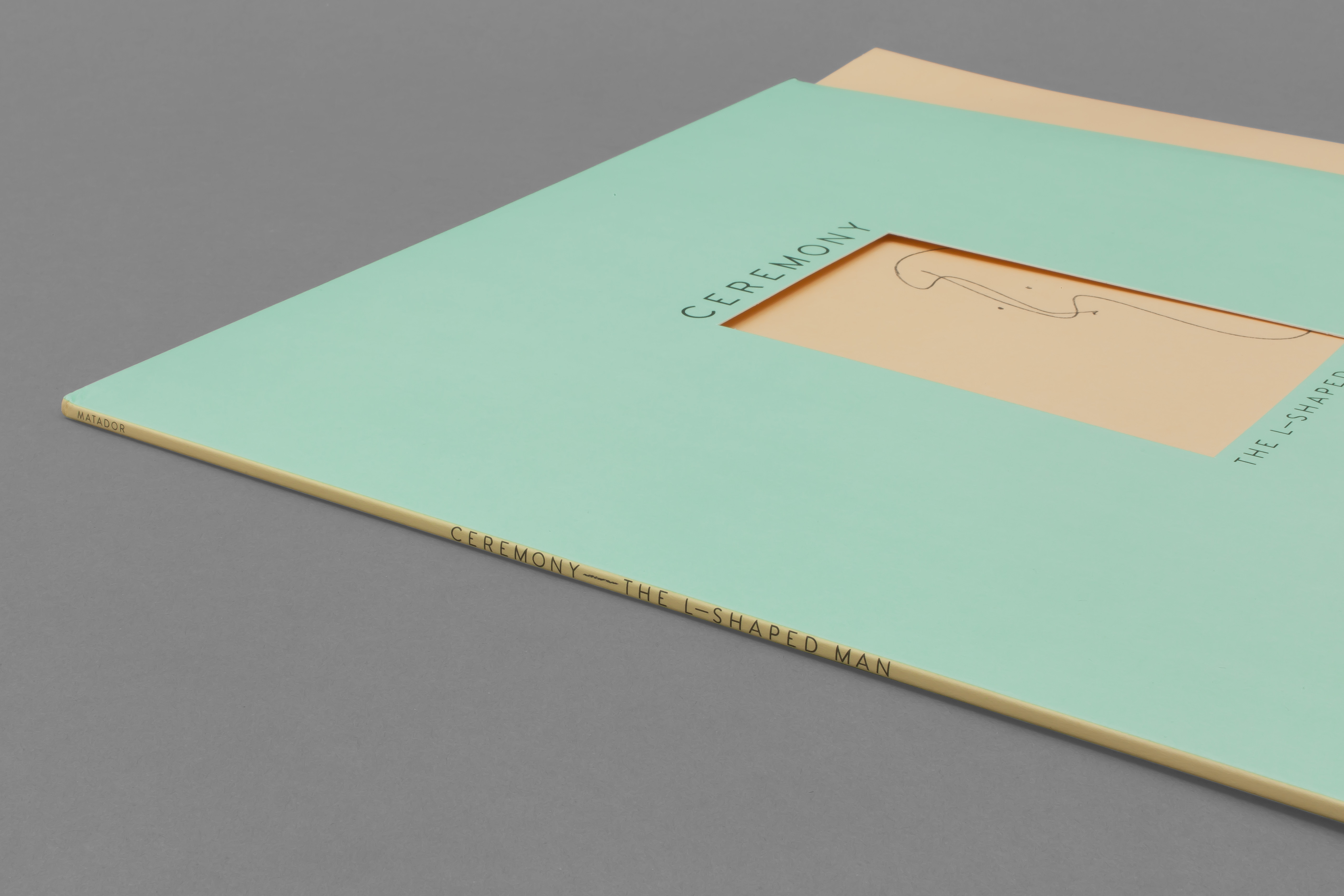 Pre-order 'The L-Shaped Man' on iTunes ($7.99) and and get instant downloads of "My Life In France", "The Separation" and "The Understanding". Plus iTunes exclusive bonus track "Vivication" and iTunes exclusive pre-order only bonus track, "The Hide". Both bonus tracks will be delivered with the album on May 19 release date.

Preorder the CD and sea foam green colored LP on the Matador Store:

Also via the Matador Store you can pre-order a special bundle that includes the CD or colored vinyl LP along with a Ceremony T-shirt and/or a 36-page limited edition book of poems by Ceremony vocalist Ross Farrar which parallels lyrics from 'The L-Shaped Man'. 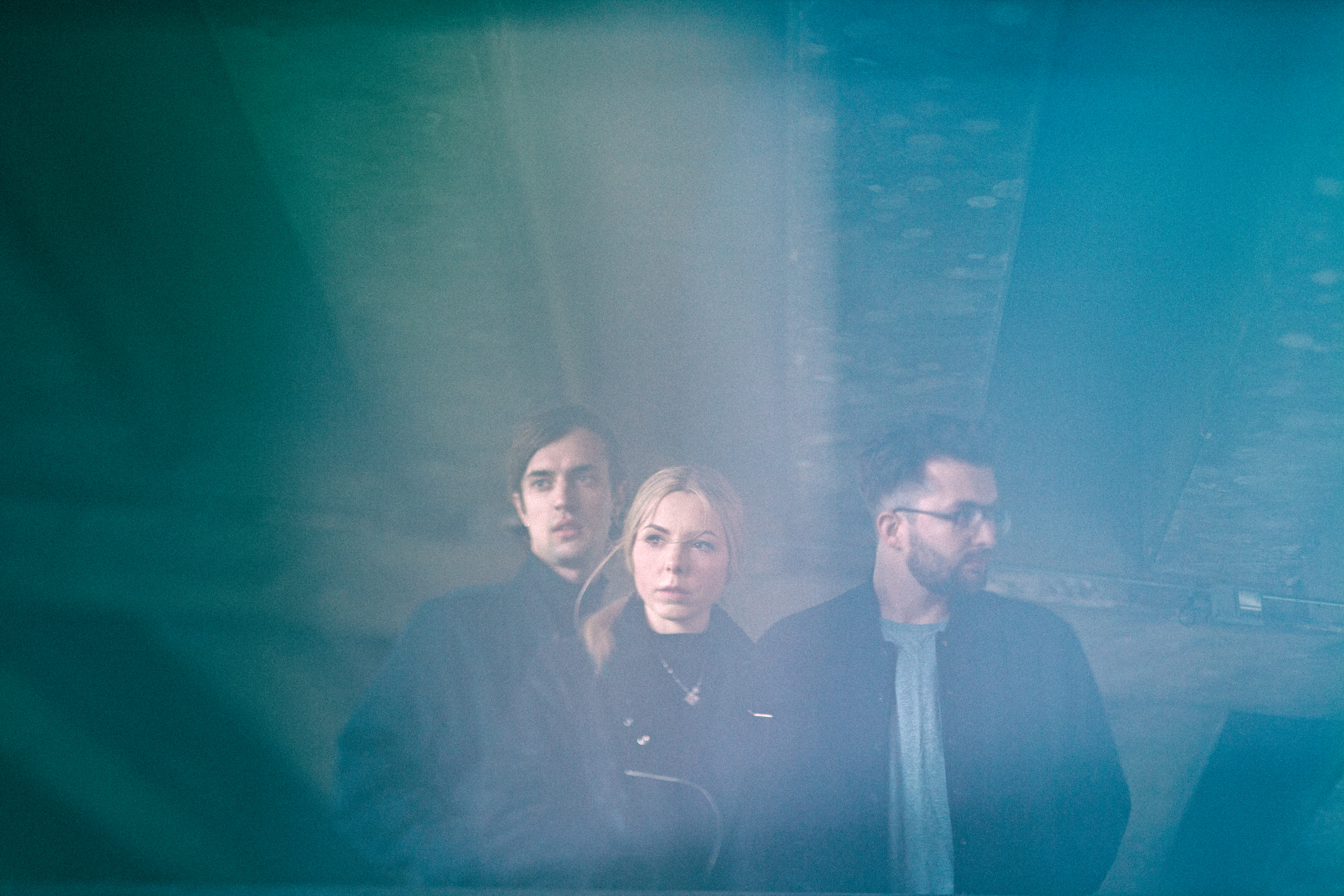 HÆLOS' debut Matador release is a digital EP, 'Earth Not Above', available worldwide on June 1 with a 12" version to follow (date TBA) ; the track listing is as follows:

Starting today, you can download HÆLOS' cover of The Beloved's "The Sun Rising" here, or stream it above.

Upcoming dates, including this weekend's The Great Escape can be found below.

Some things come together immediately. Others… take a little time. HÆLOS – known individually as Arthur Delaney, Dom Goldsmith and Lotti Benardout – fall into the latter bracket. But the way the music comes out sounding, you know it couldn’t have happened any other way. Each one of their vividly cinematic tracks seems to map the long journey from desperation to relief, stress to sanctuary – the basic dynamic of all urban life. If London tends to be a meandering, alienating hometown, there is a looming sense to HÆLOS’ music of a band – of three people – having found each other. Eventually.

“We’ve all arrived at this point off the back of our own paths,” says Arthur. “We’ve all worked independently for a number of years but to come together and find such a strong synergy between us has been powerful – spiritual, even.”

Calling to mind the same deserted dawn high streets stalked by the music of Massive Attack, Portishead and the rest of those electronic artists who spent the 90s finding the pain after the rave, each track HÆLOS make sounds like a ritual; a way to cope. In a world that has forgotten about the chillout room, those rituals and coping strategies are more vital than ever.

“I guess at the heart of it we are always trying to capture that feeling you get at 5AM,” says Arthur. “Jamming with your friends after a night out, treading that fine line between darkness and euphoria, fear and love. That's the time that all our favourite music gets put on; it’s where the beauty is at.”

If HÆLOS music bears traces of its influences, it also possesses an undeniable contemporary zeal. Look around you. How much ever changes, really? The same Coke cans, puke piles and plastic bags litter the same deserted dawn high streets. And young men and women are always there, trudging through the late-night rubble, indulging the urge to leave the house and not return until they have found the edges of the night. And the one thing you need more than anything else after finding those edges will never change, either. It’s soul, and HÆLOS have stacks of it – it’s sore, it’s overworked, it’s overmedicated. But despite the night’s best efforts, it is undeniably there.

“Our songwriting process can be uncomfortable and sometimes painful,” say the band, “but we want to write evocative music that captures the spirit of what it means to be alive and human.”

This is the story of HÆLOS – of soul under attack, coming out on top.

Tanlines: Pieces from Funny Or Die
Tanlines Can't Jump by the looks of their new video for single "Pieces." The video premiered earlier today via Funny or Die.

Last week the band gave a sneak peak to their upcoming album 'Highlights' on a conference call hosted by Jesse and Eric and a few special guests. If you did not get a chance to hop on that call, you will have another chance this Wednesday. You will then be able to binge listen to the entire album on the band's world-famous website.

What better way to commence your summer with Belle and Sebastian, Savages, Shlohmo and Tobias Jesso Jr joining this killer lineup at FYF Fest on August 22nd in LA, California.

You can buy tickets here.